Photos of the UP 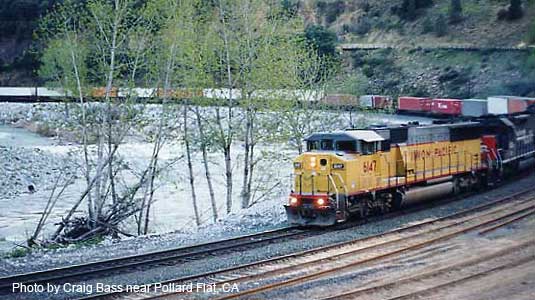 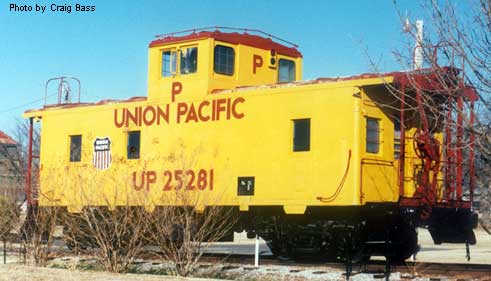 UP caboose 25281 was on permanent display at the CRI&P depot in Walters, Oklahoma
Map location 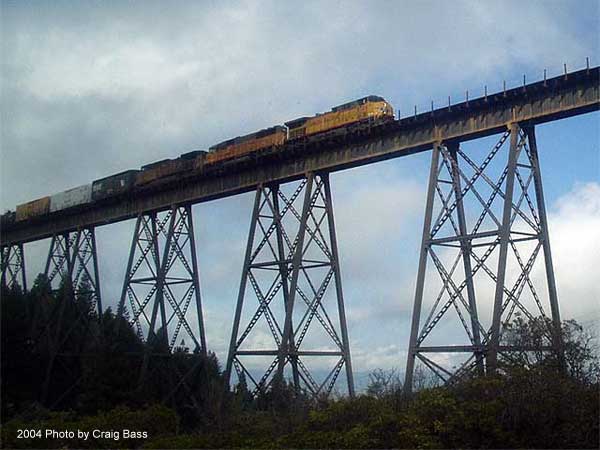 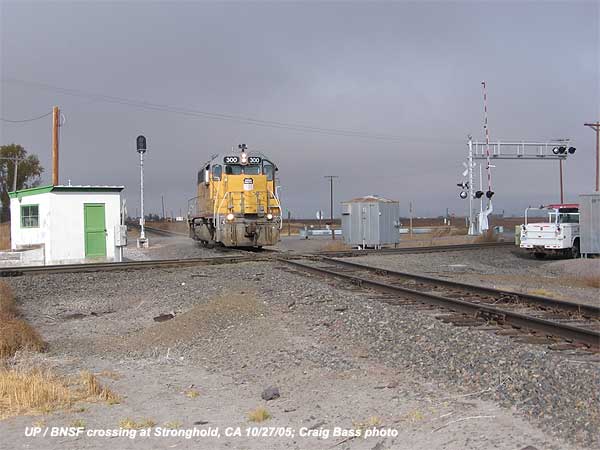 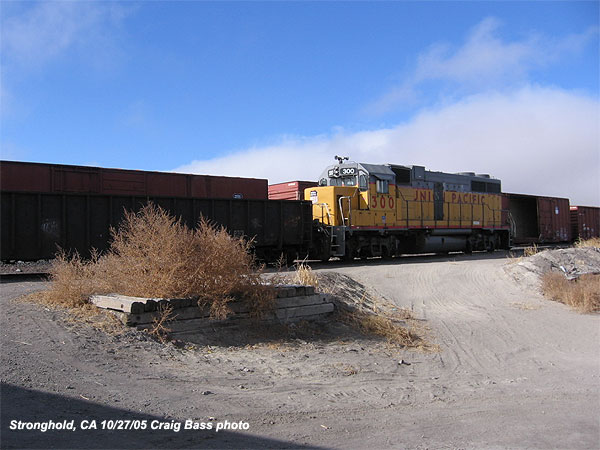 Picking up stored cars in Stronghold before Modoc Northern Railroad takes over operation of the Alturas line. 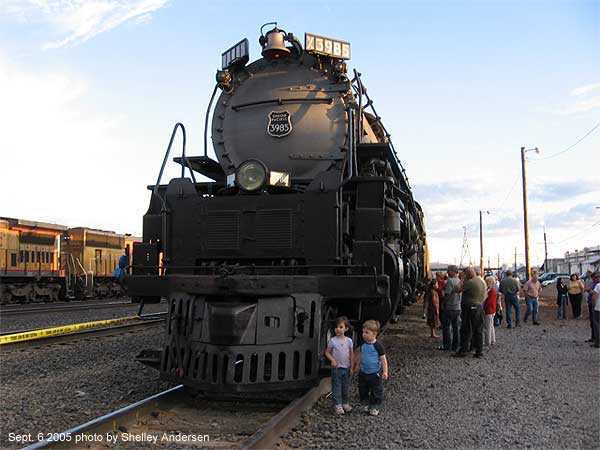 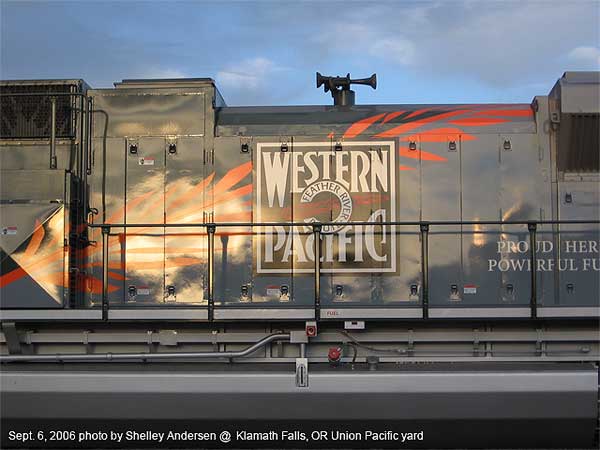 The date I put on this photo is off by a year. It was 2005 when my daughter snapped this photo of the side of UP's Western Pacific Heratige locomotive in Klamath Falls, Oregon