Photos of the UP in Oregon 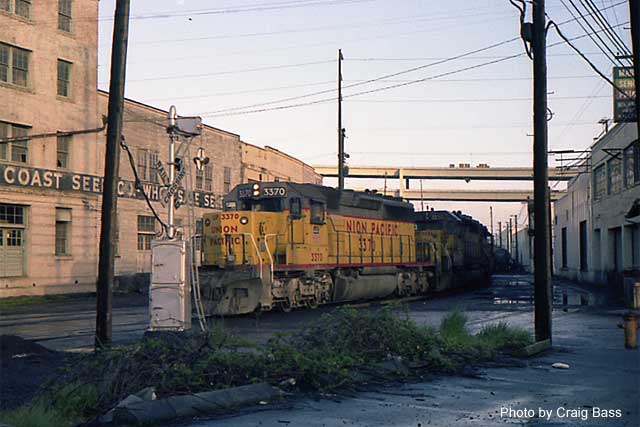 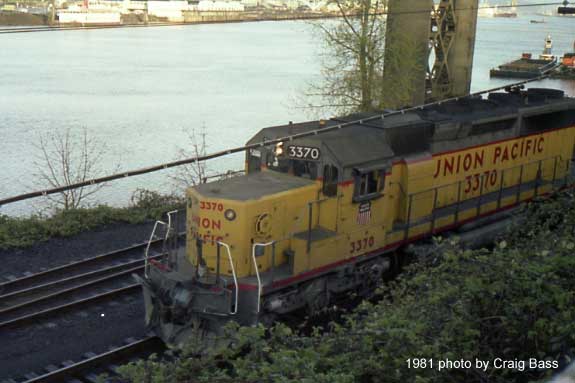 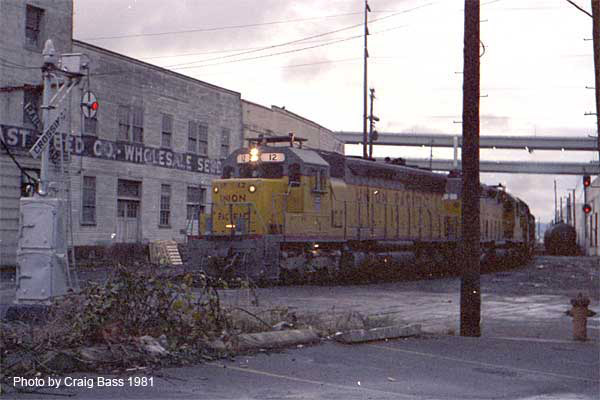 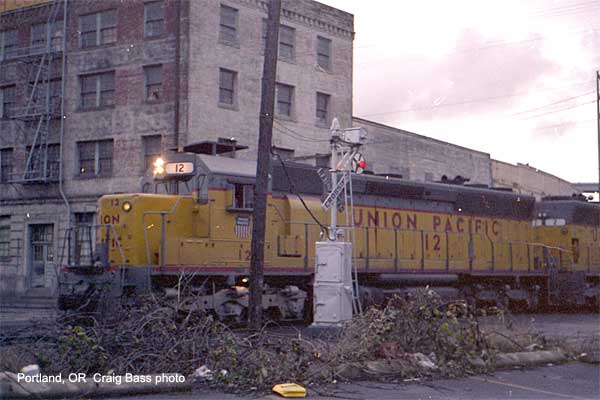 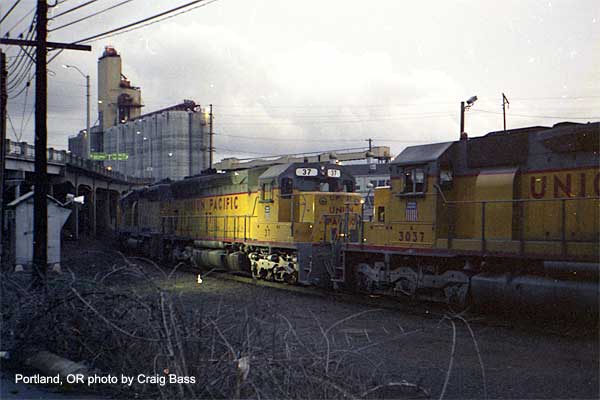 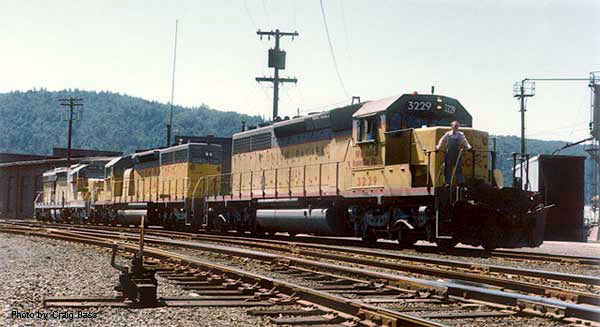 SD40 3229 & 3145, and SD24 409 are on the Portland Terminal RR loop in the Northwest Industrial District.  On the right edge of the photo is the PTRR sand tower and drying shed - I delivered a few loads of silica sand there back in the day.  The back of the round house, no longer in existence, is visible on the left.
Map location 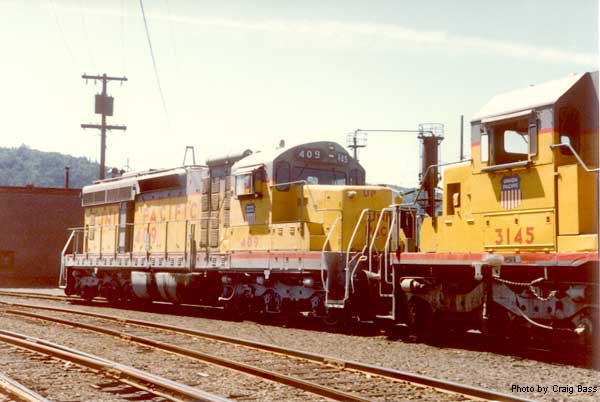 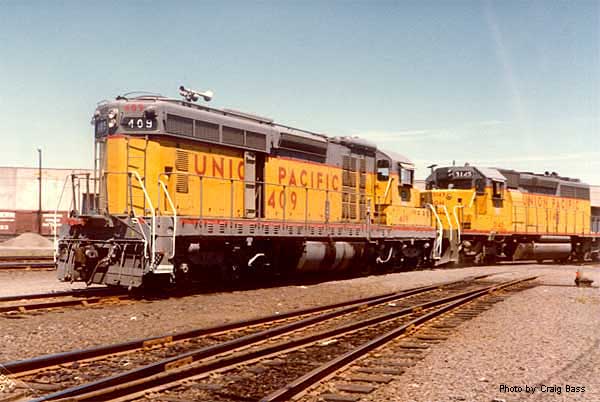 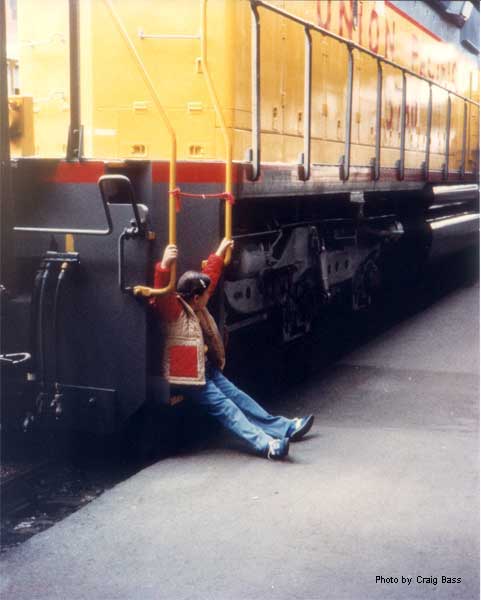 At Portland Union Station in April, 1981, there was Amtrak Family Days, where Amtrak had several trains on display including Amfleet, Superliner, Turboliner, Metroliner and SPV-2000 equipment as well as the refurbished Heritage fleet. Union Pacific made an appearance with a brand new locomotive on display. That was a convenient resting spot for a worn-out kid.

In 1981, Union Pacific's 8444 Northern was heading to Sacramento, California for Rail Fair 81, the official opening of the California State Railroad Museum.  I happened to be in the area of of the junction on North Columbia Blvd. in Portland, unaware that anything special would be happening that day, when I saw several guys with cameras waiting around inside the south wye.  Before I could ask what was going on, 8444 (later numbered 844) popped out of the tunnel (map location) and turned eastward at the wye on to the track paralleling North Columbia Blvd. It was pulling a couple of flat cars and a few company heritage passenger cars. 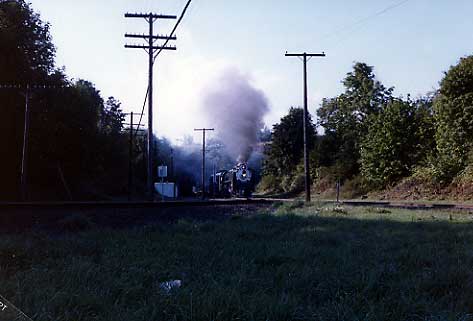 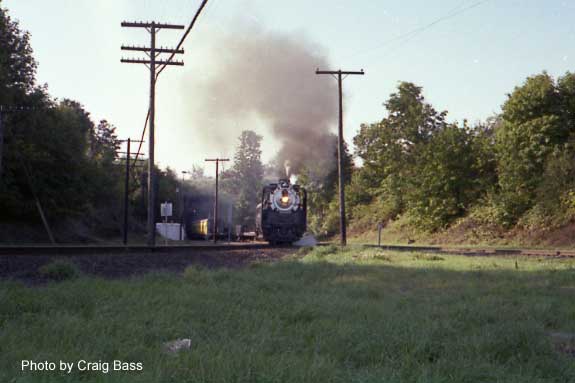 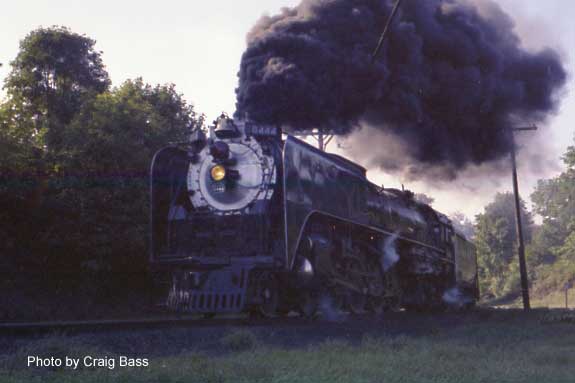 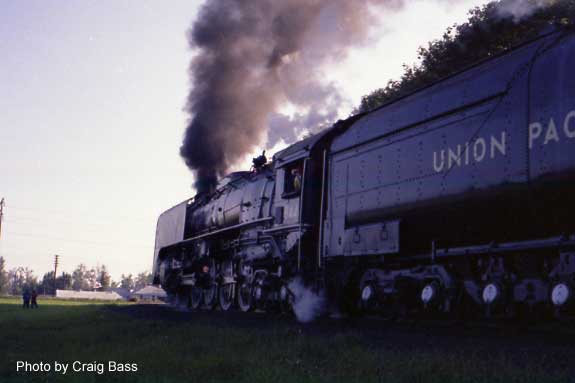 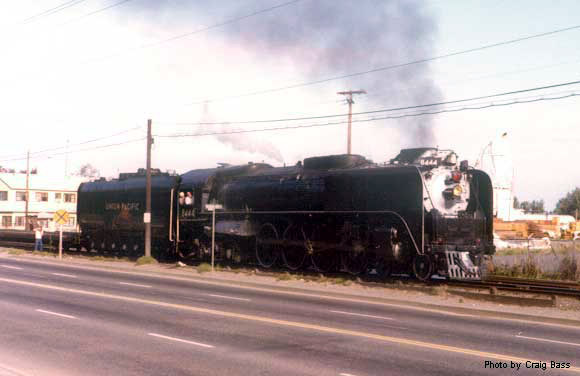 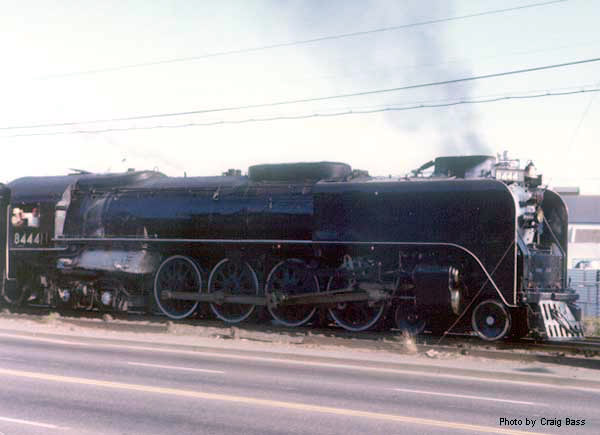 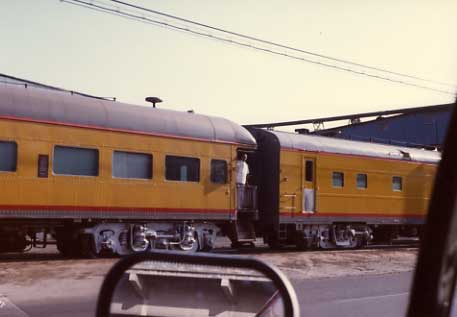 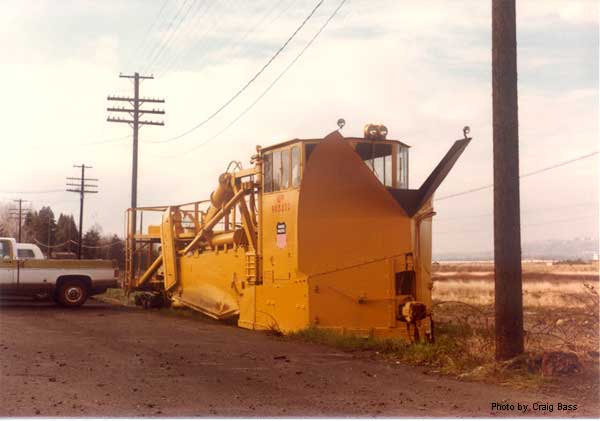 This was the first flanger I'd ever seen in real life. At Troutdale, Oregon
Approximate map location 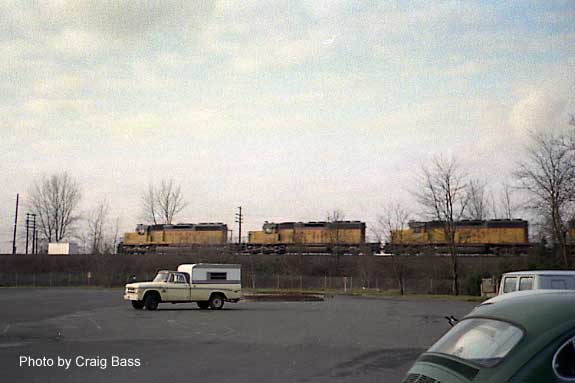 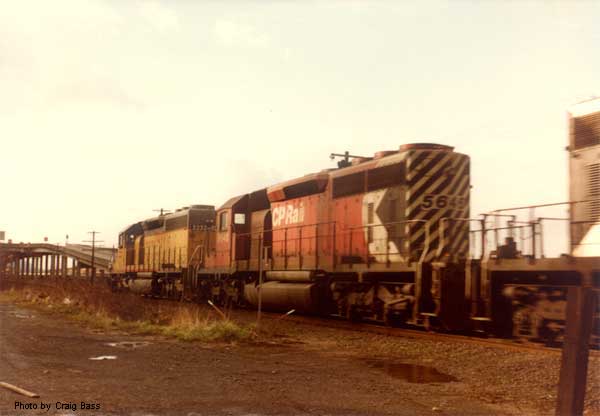 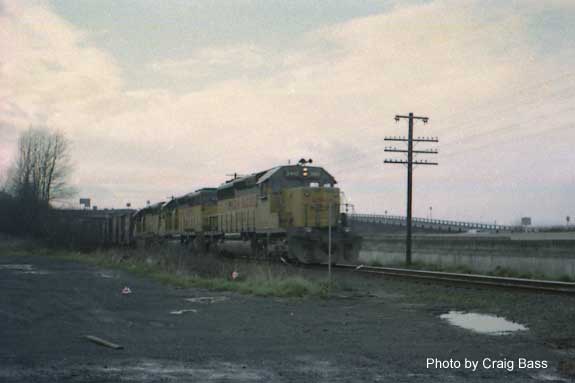 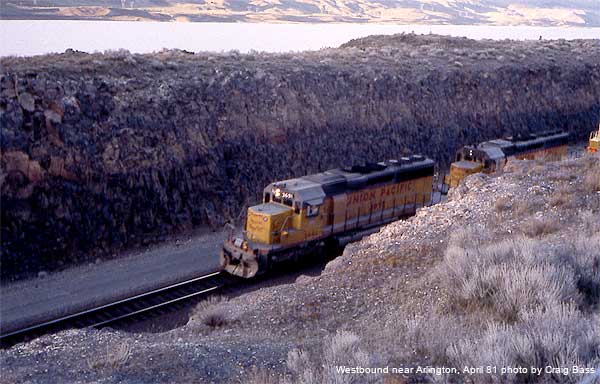