Two days after they first started to work on the eroded bank, but were delayed by river conditions, the crew is back at the MP 466 site to resume the work of filling the erosion with rock. 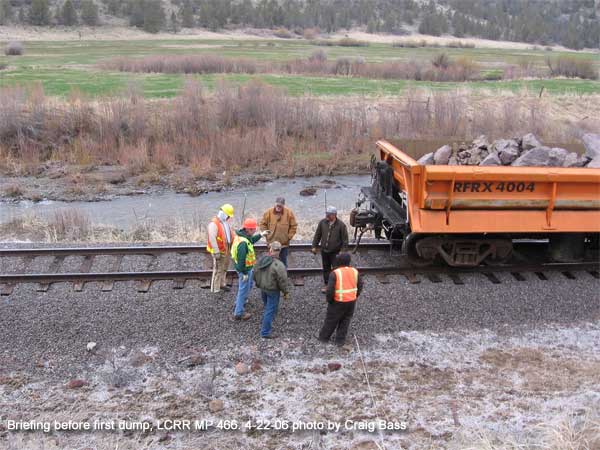 Returning to the scene of the eroded bank, the crew once again discusses how today will work.
Map location 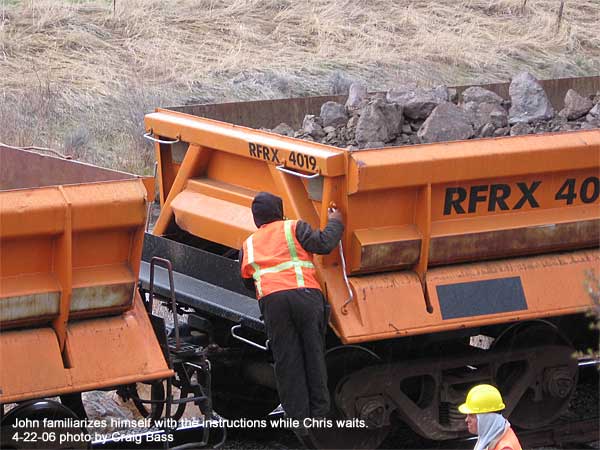 John familiarizes himself with the operating instructions of the side dump cars rented from Rick Franklin Corporation. 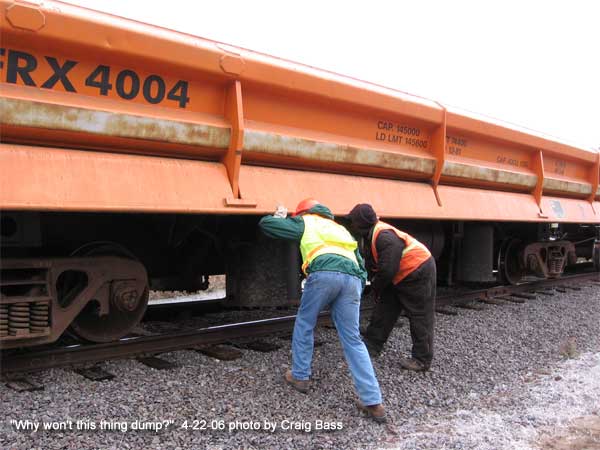 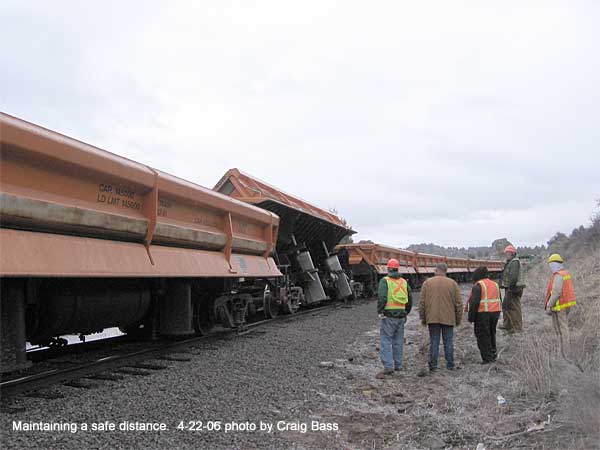 Success has been achieved! 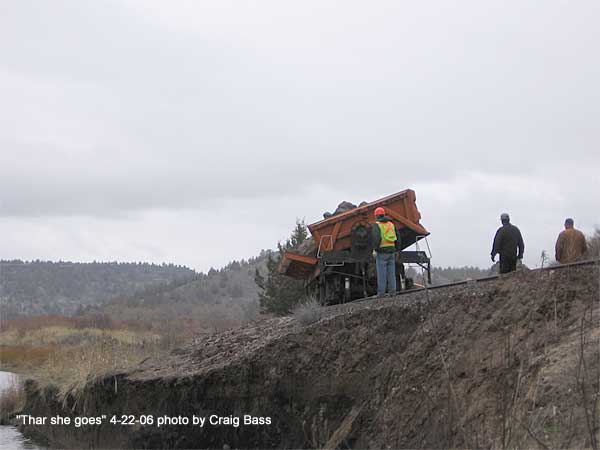 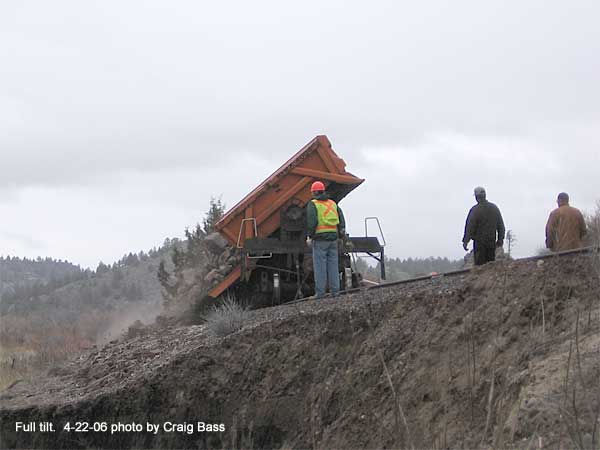 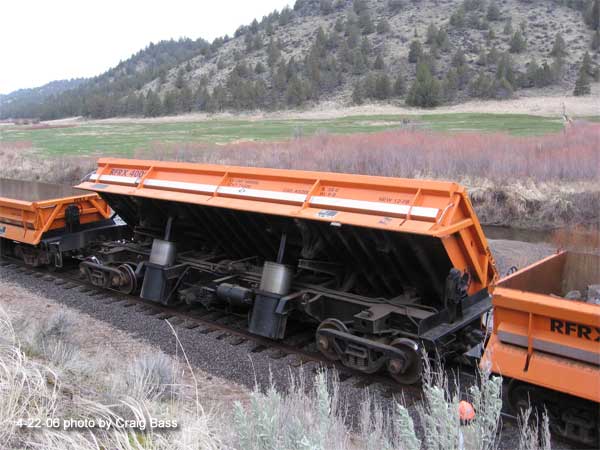 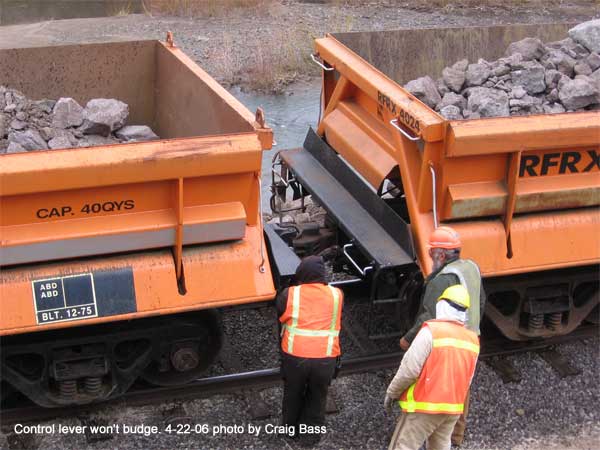 Control lever won't budge on the next car. 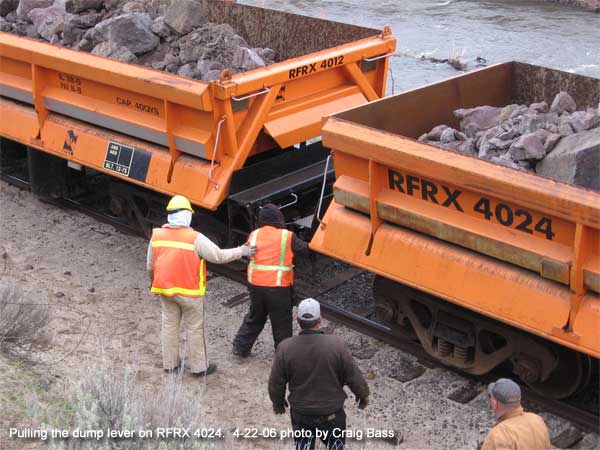 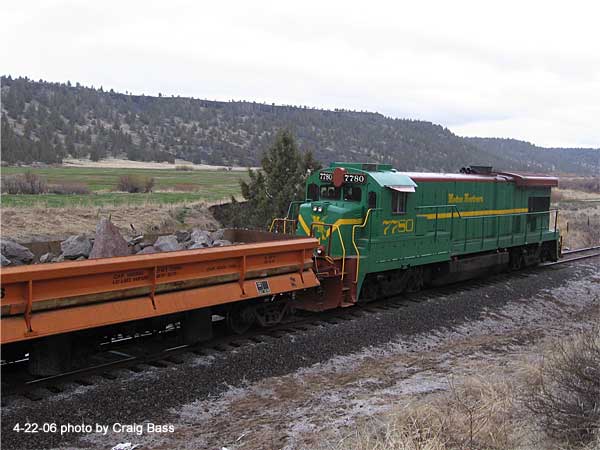 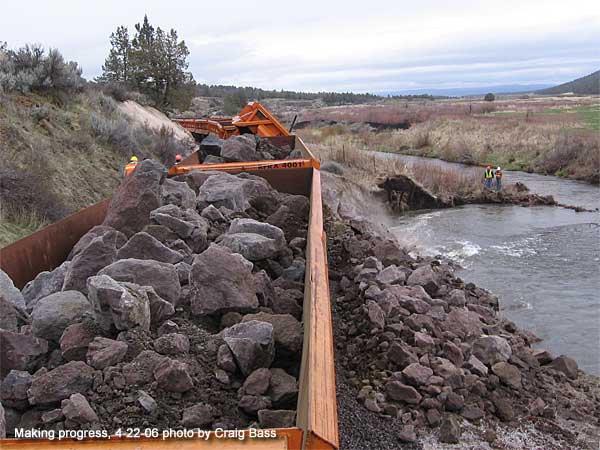 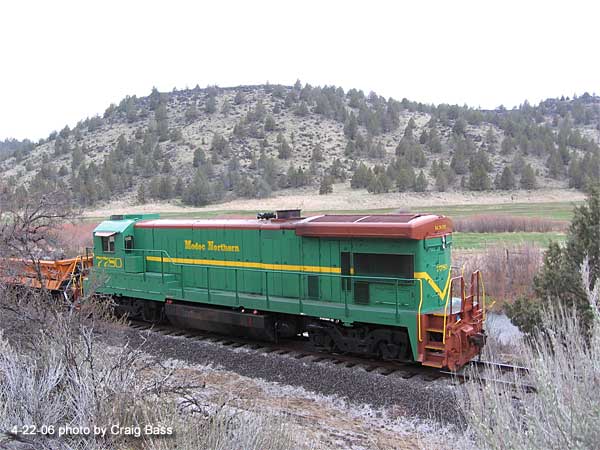 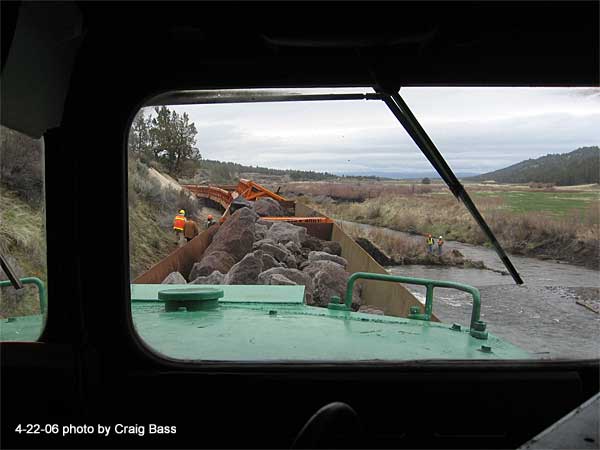 He's got a pretty good view of the proceedings. 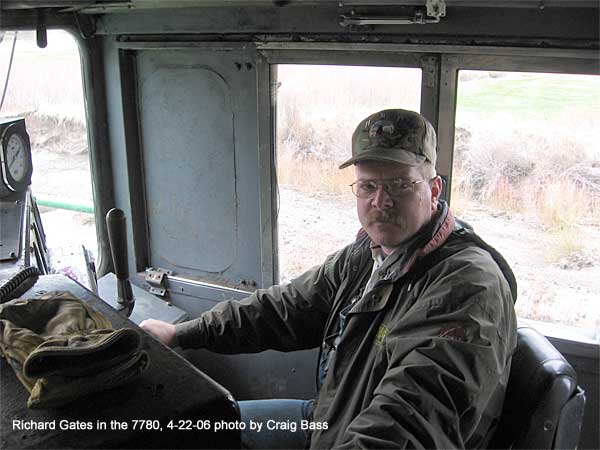 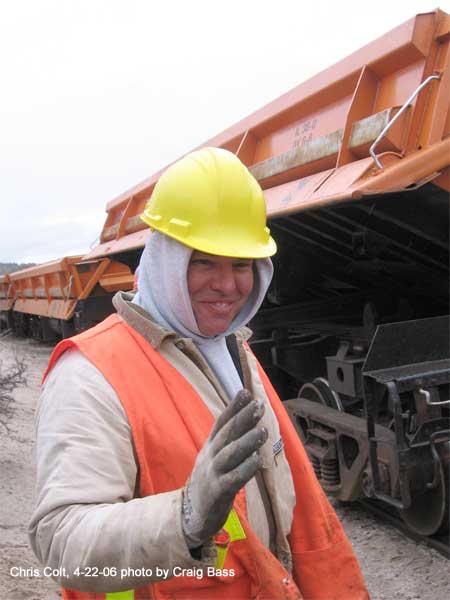 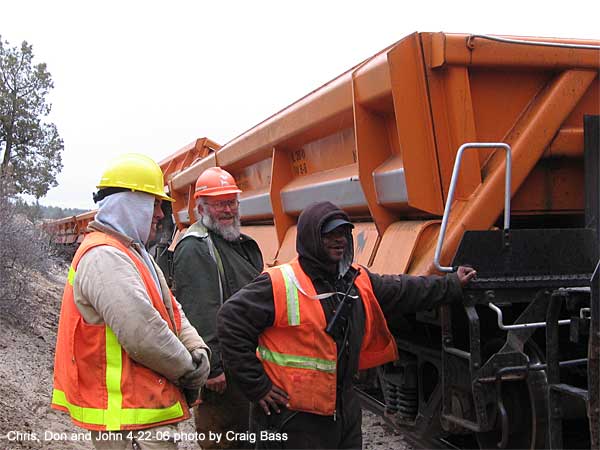 So far so good. If only those couple of dump bodies would come down. 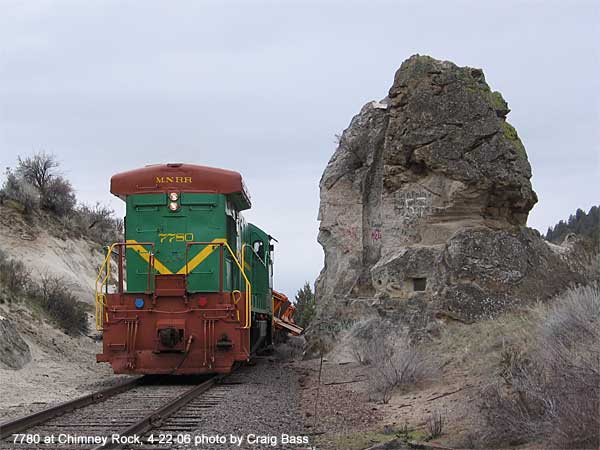 Still can't get a couple of dump cars to come down. Will they fit past Chimney Rock?
Map location 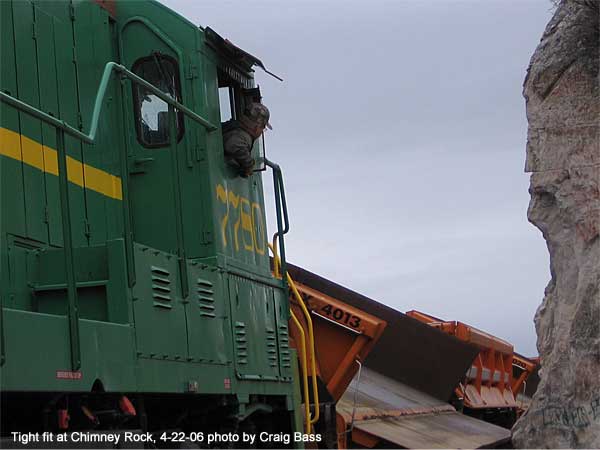 It's a tight fit... Richard's keeping a good eye out for the rock while backing slowly past it. 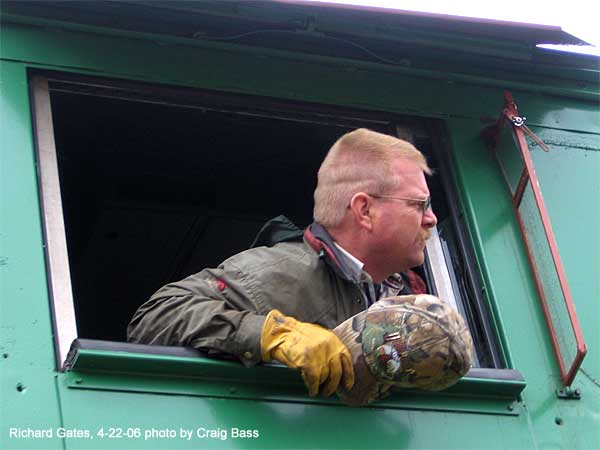 Hats off for a better view, eh? 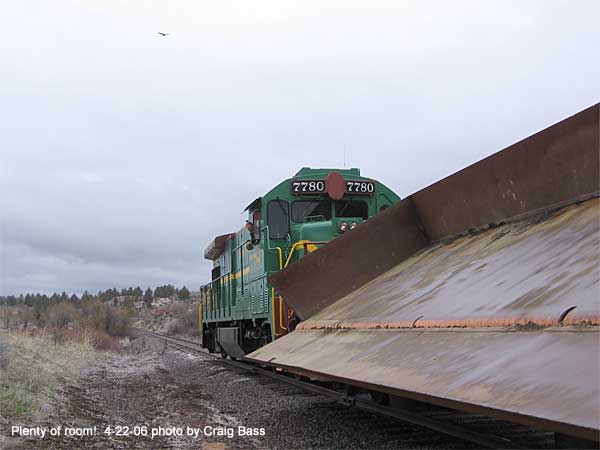 Made it with inches to spare! He'll now pull the train back to where the excavator can help lower the stuck dump cars. 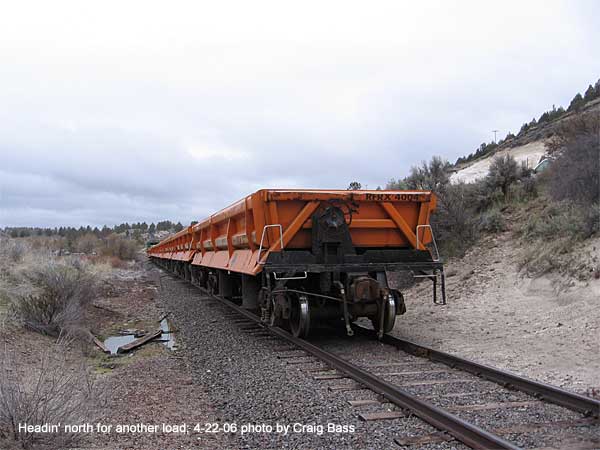 All down and heading back north for another load of rock from Lakeview. And it's time for me to head back home.

Next: A few days of hanging around Tule Lake Yard