On March 4, 2006 we were taking a drive to Alturas and Lakeview, and spotted the railroad's Durango parked at the crossing at Ambrose siding (map location). Naturally, I pulled in and parked, just as the 7780 came backing across the road and stopped clear of the crossing. I spoke with a camera-equipped crew member who had just exited the driver's seat of the Durango and was walking over to swing aboard the locomotive.

He explained that although the 7780 was running great since its shaft/bearing replacement, it was having problems loading and they had had to triple the hill from Canby. They had just dropped off their second cut of cars on the siding at Ambrose and were returning down the hill to Canby to pick up some more, hoping they could get all the remaining cars in one final pull. 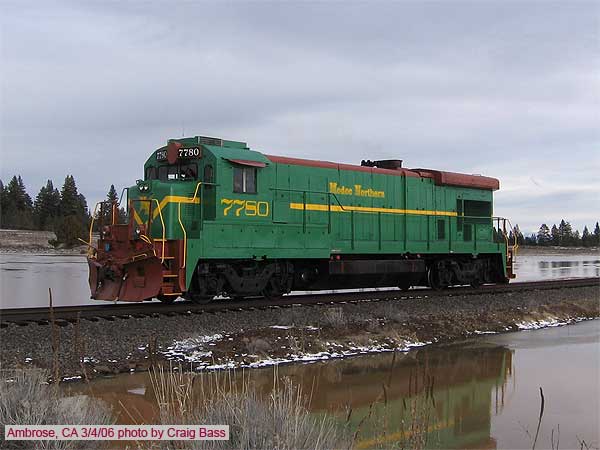 Of course, I was able to beat the locomotive to Canby (map location) and grabbed a couple of shots of the remaining cut, complete with caboose. 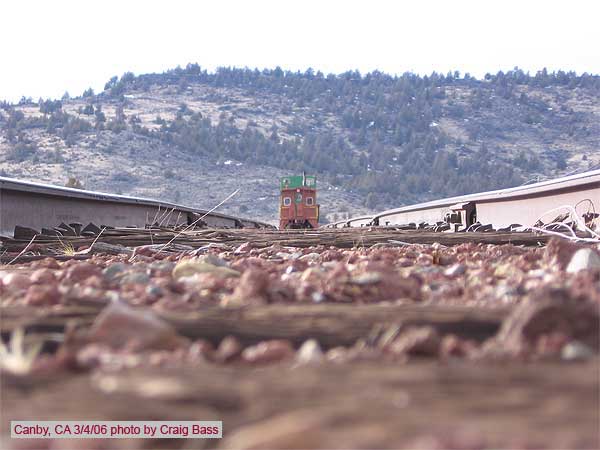 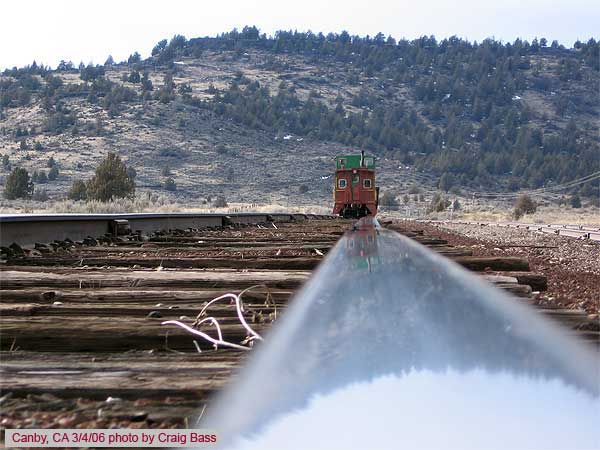 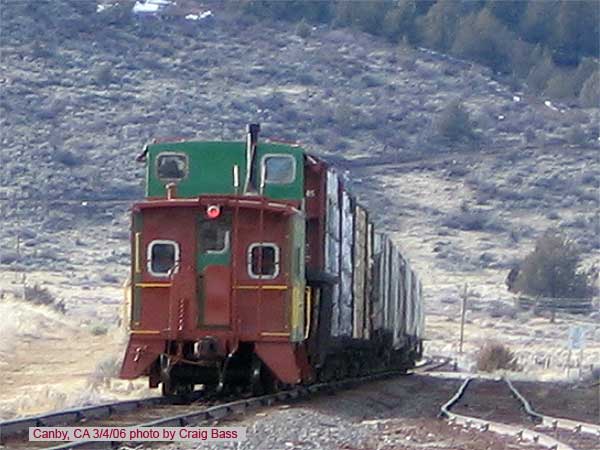 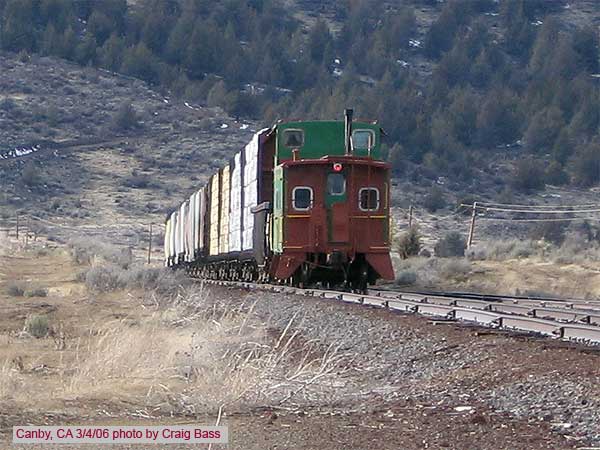 Unfortunately, our schedule didn't permit me time to wait and watch to see if they made it up the hill with all the remaining cars.