MNRR: A Trip to Alturas, California

On the night of January 5, 2006, Modoc Northern Railroad's GE B23-7 no. 1011 and leased UP C40-8 no. 9212 laid over in the Union Pacific yard at Klamath Falls. The next morning, they headed east with a train to Alturas. I was fortunate enough to be able to take the day off and chase the train as far as I could before losing daylight - which ran out at about 5:00 p.m., leaving me waving good bye to the crew at Modoc County Road 75 a few miles west of Alturas.

9:30 a.m. found me parked at the cattle auction yard next to the UP main at KAGO crossing, just north of Texum as the mist burned off of Lake Euwana.  At 10:03 the MNRR train, consisting of MNRR #1011, UP #9212, 20 covered hoppers and two centerbeam flatcars, pulls out of the yard at Bieber Line Junction. 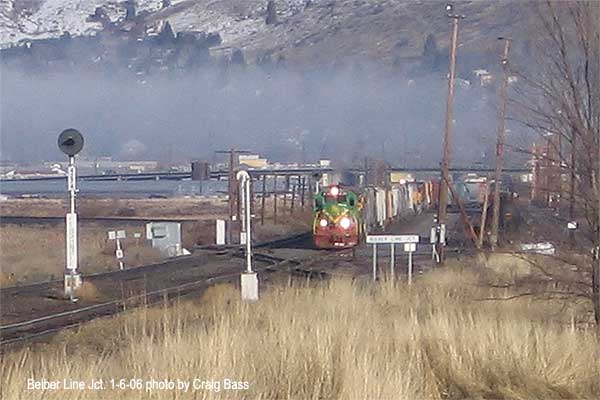 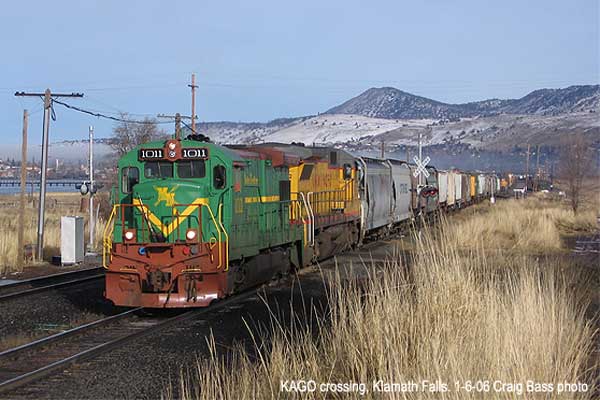 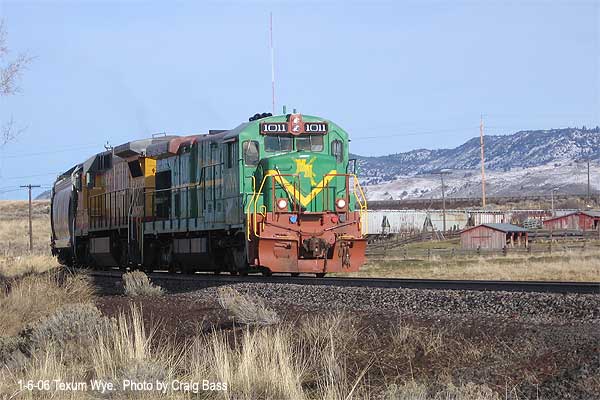 Our train enters the Texum wye and heads into the morning sun at 10:17 a.m. with the KAGO radio tower in the background.
Map location 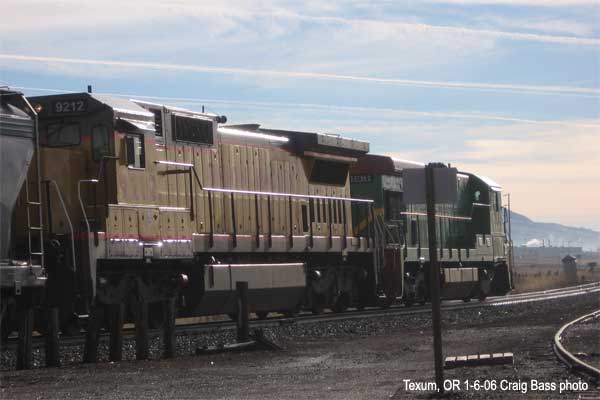 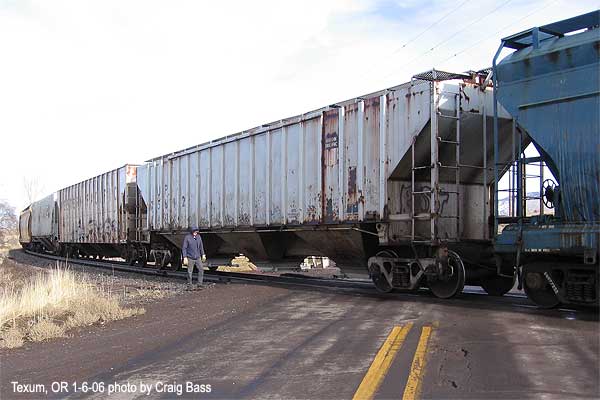 10:19: Clear of the wye switch, the train stops to allow the brakeman to line the switch back to the normal position and walk to the head end. The train departs Texum at 10:27. 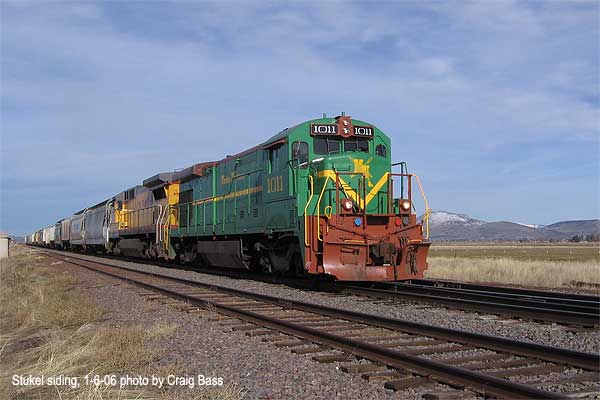 At 10:50 our train rolls through Stukel at Lower Klamath Falls Highway (aka Cross Rd).
Map location 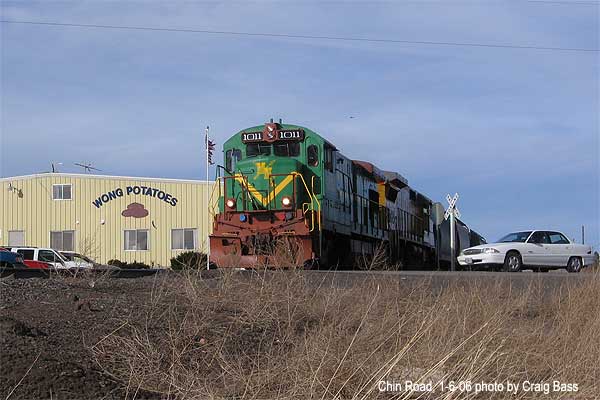 Our train is by Chin Road, site of the famous Wong Potatoes plant, at 10:58 a.m.
Map location 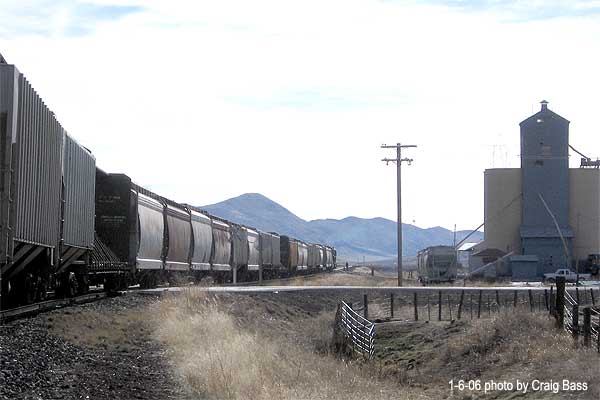 At Merrill Pit Road north of Merrill, Oregon (Lost River), our train switches the Winema elevator from 11:09 to 11:45.
Map location 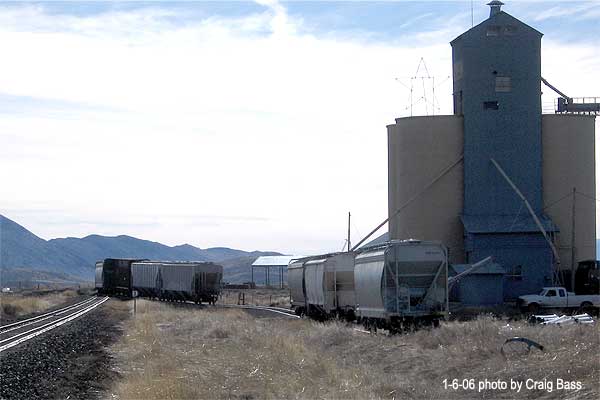 Three empty cars are pulled out. 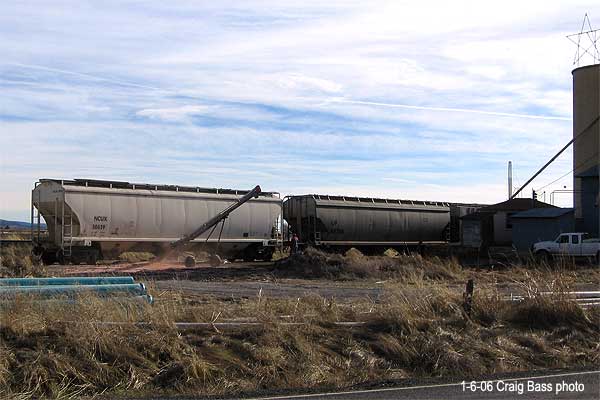 NAHX 100142 is spotted at a portable unloading conveyor. 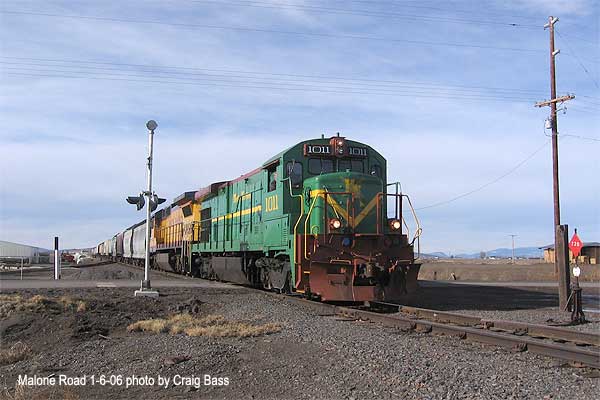 At 11:55 the train crosses Malone Road, slowing to make a drop at the Winema elevator here.
Map location 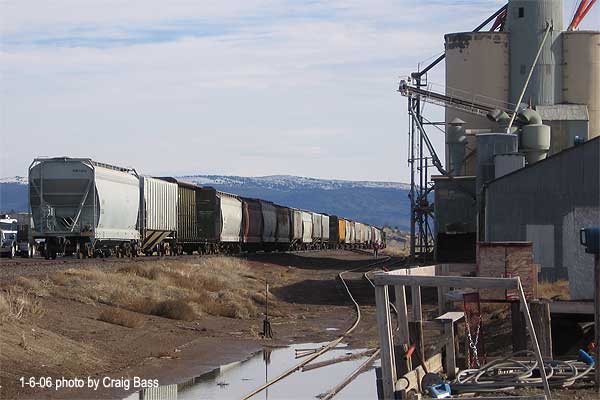 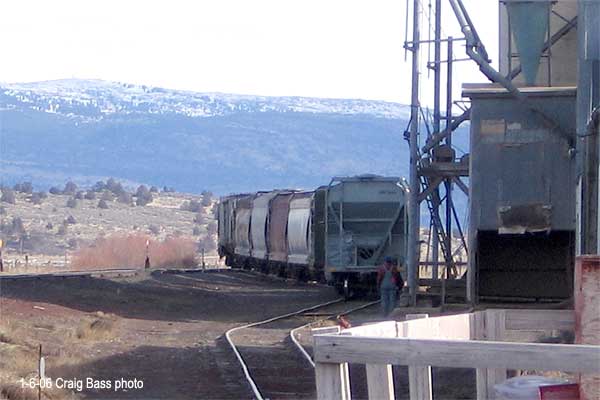 They spot an empty covered hopper for loading, one which they had previously picked up from the Winema elevator at Lost River. 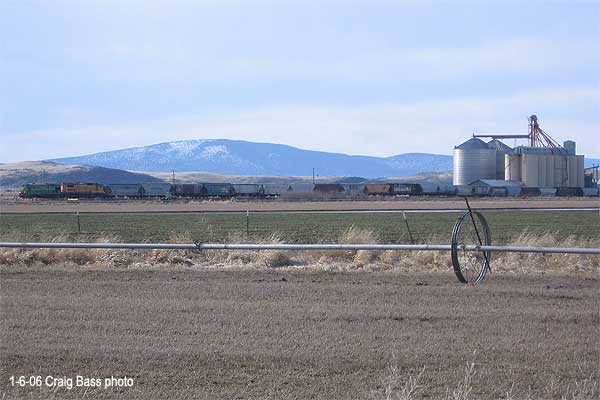 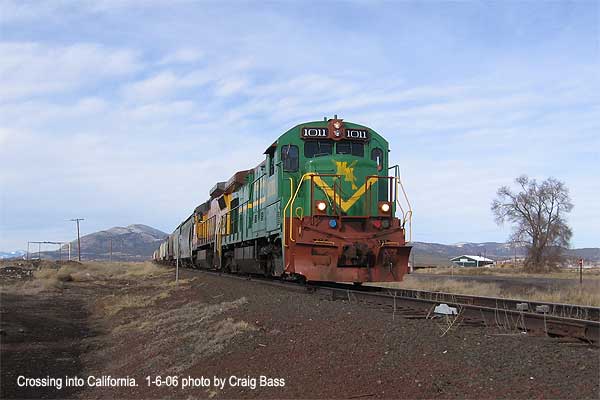 Next: The Trip to Alturas Continues