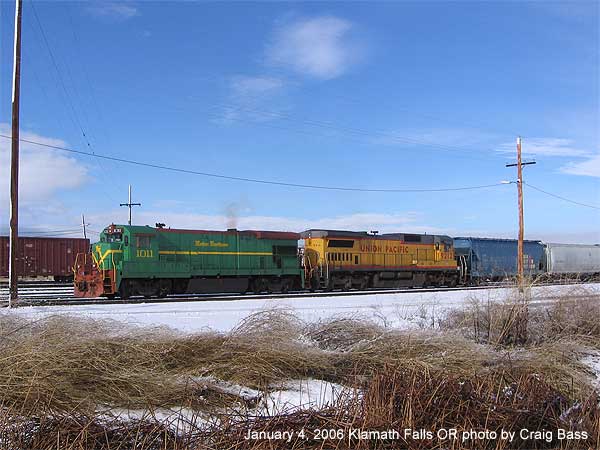 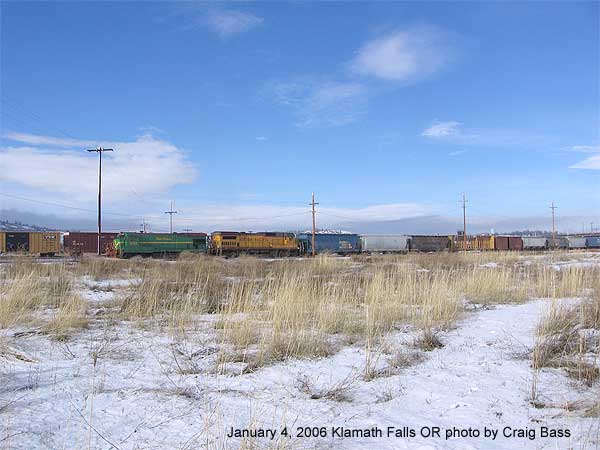 I didn't have time to chase it that day. 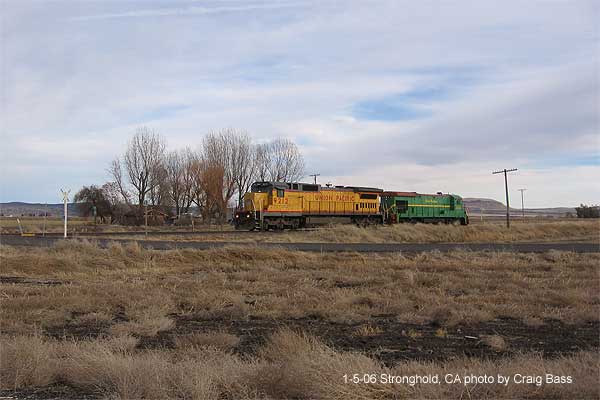 The next day, I took a drive south and found the power units heading west at Stronghold, CA
Map location 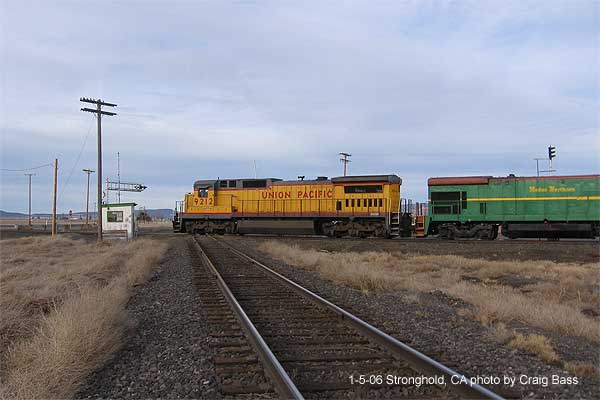 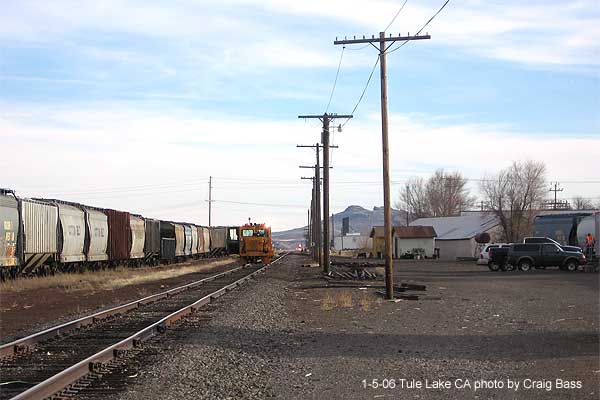 A little while later, I was waiting for them in Tule Lake yard. Their headlight is visible in the distance as MN's multi-purpose MOW vehicle "The Beast" occupies the main track in the yard.
Map location 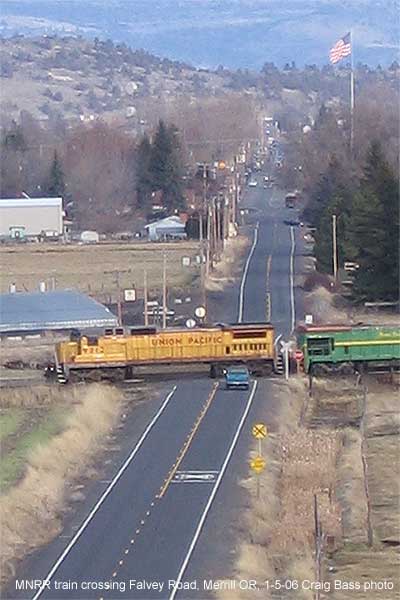 Still later, I was waiting for them on the hill at Falvey Road in Merrill. They had picked up a covered hopper and a boxcar in Tulelake to take to the UP yard in Klamath Falls.
Map location 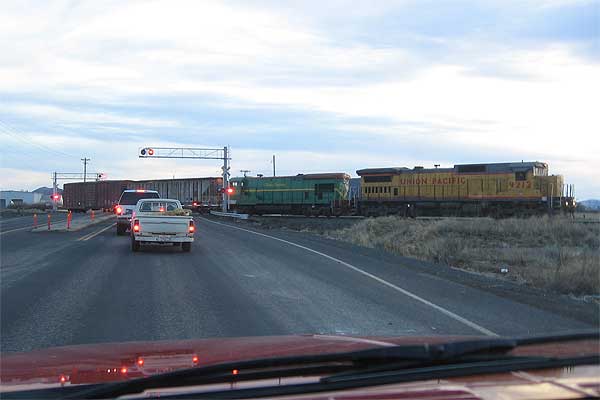 Later in the day, they picked up a boxcar at TPL Enterprises, adjacent to Washburn Way.
Map location 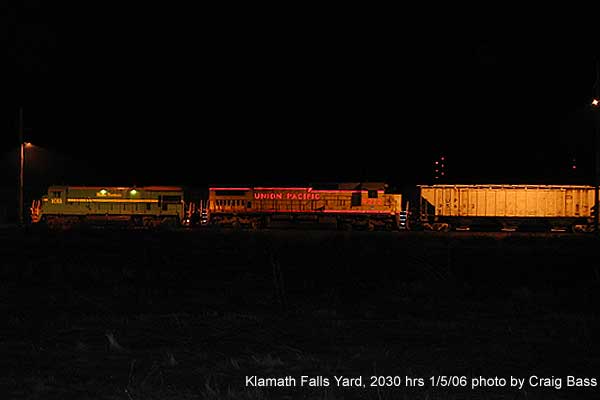