MNRR: The end of the line

Sadly, the Modoc Northern is now a "fallen flag."

On May 5, 2009, Union Pacific terminated the MNRR's contract and took back over the operation of the Modoc Line from Klamath Falls to Alturas. Lake County also soon terminated their lease and retained a new operator.  The MNRR appealed Union Pacific's decision but the appeal was unsuccessful.

There are many rumors about just what happened that led up to UP's decision; I don't have any answers as to what the real story was. All I know is that for several years, a track in the Tulelake, California former MNRR Tule Lake Yard held the remains of what once was a forward moving enterprise. 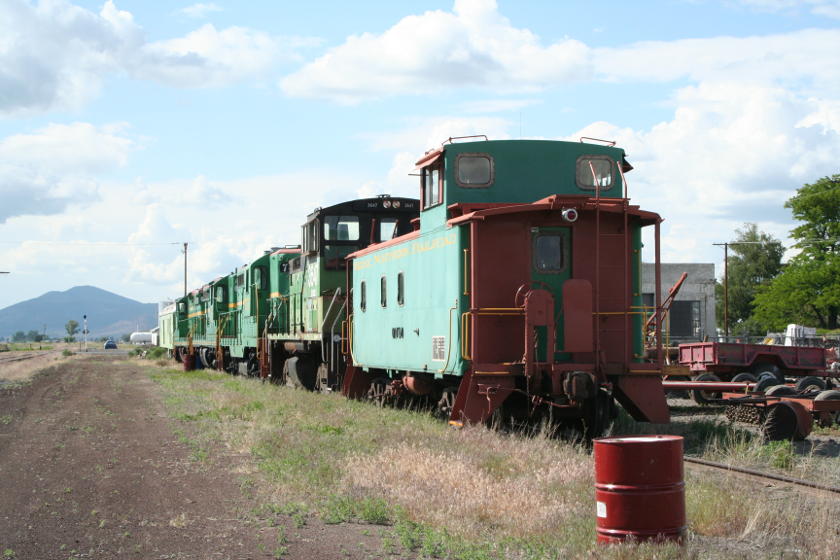 On August 6, 2012, a stub ended siding in Tulelake held all that remained to show that the Modoc Northern used to exist here.
Map location 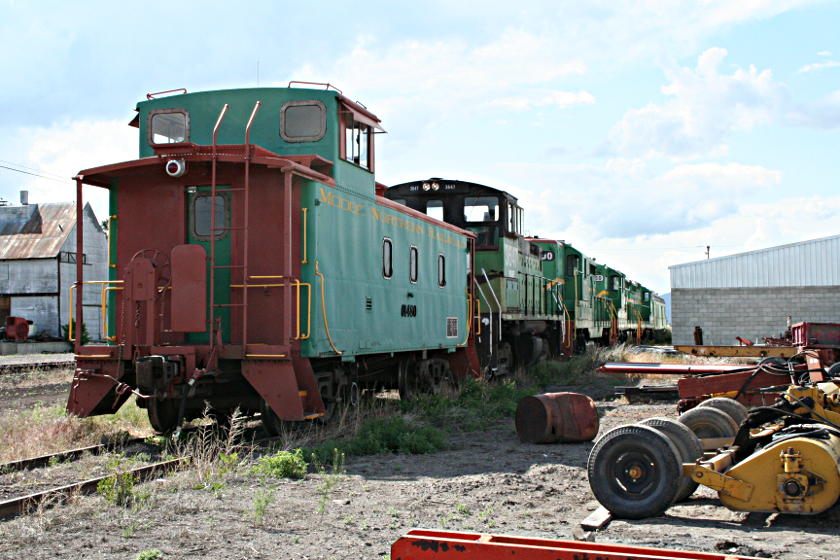 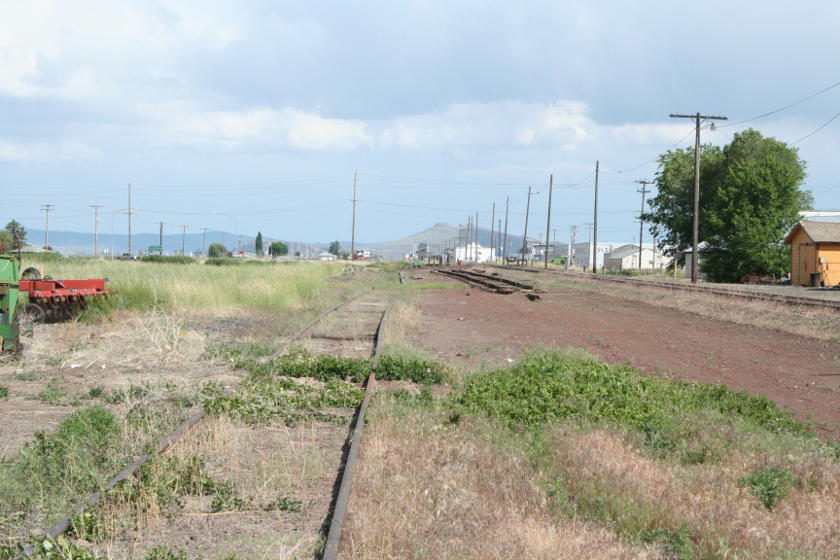 Union Pacific has removed some of the tracks at Tulelake which the MNRR used as their main yard. 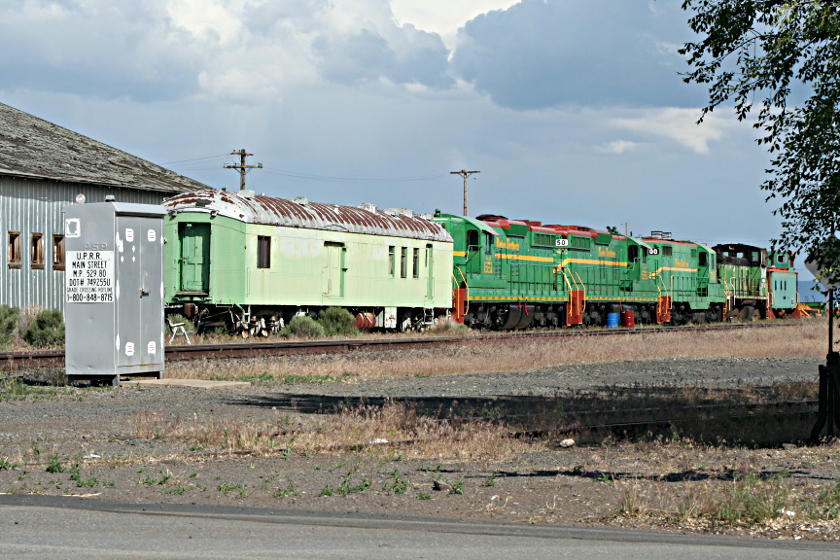 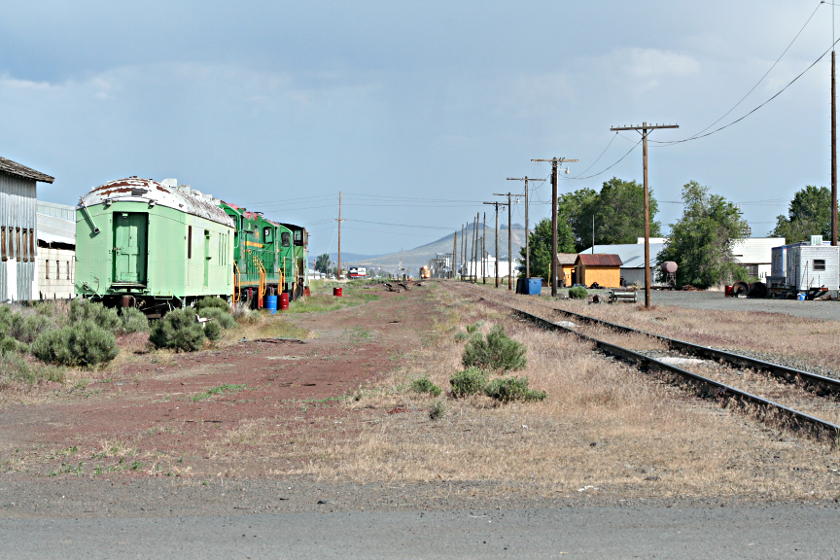 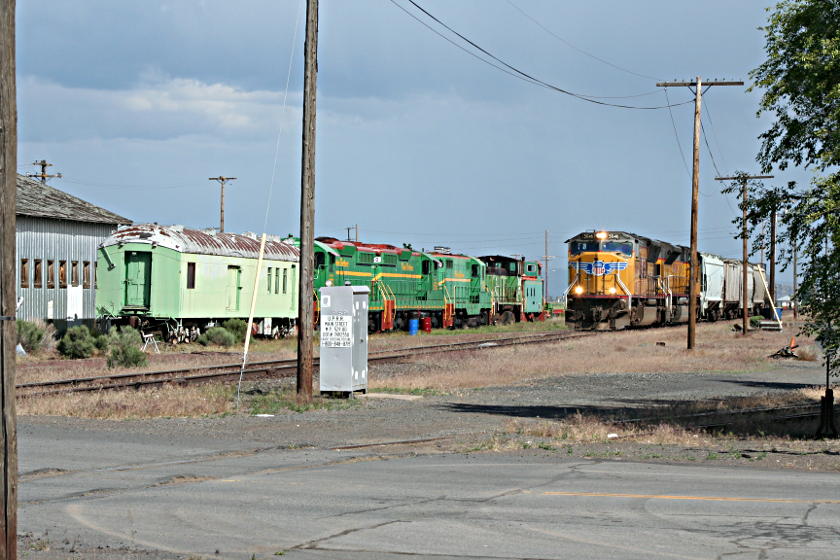 Soon after the termination of Lake County's operational agreement with Modoc Northern in May, 2009, Lake County awarded operation of their line to Frontier Rail (owned by Paul Didelius), which set up operations of the line as the Lake Railway (LRY).  1011 was acquired by Frontier Rail.  Frontier made basic repairs and painted out the Modoc Northern markings, and it went to work for Lake Railway as LRY 1011.

In 2013, the 1011 was shipped out of Klamath Falls, stopping in Albany, Oregon for more repairs.  It worked for short time in Washington State, and eventually became Cincinnati East Terminal Railway 1011 (another Frontier/Paul Didelius property, to my understanding).  As of this writing (June, 2020) the 1011 is leased to Columbia Grain in Portland, Oregon bearing the CCET 1011 reporting marks.

On December 19 of the following year (2014), I received a message from a friend that the 650 and 651 were in the Klamath Falls Union Pacific yard waiting for a northbound train.  They had been purchased by Western Rail (WRIX) in Washington.

Finally, on August 9, 2020, I spotted the Modoc Northern caboose in the Union Pacific yard at Klamath Falls.  It is apparently on its way to a new home.  I hope it's a good one, and not a scrap yard someplace.

Unfortunately, the caboose was too far away for my cell phone camera to take a good photo.

Thus ends my story of the Modoc Northern Railroad. 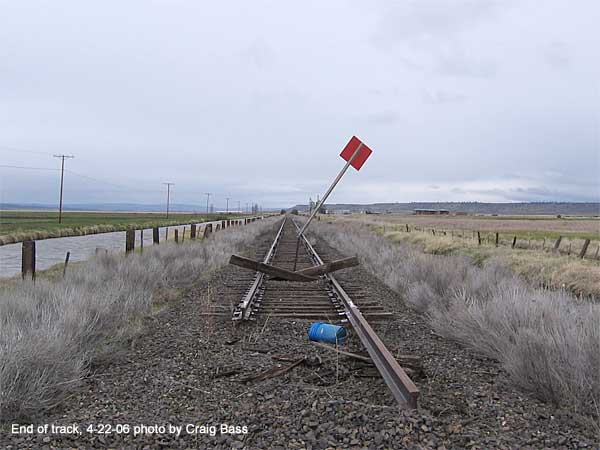