The long-awaited SD9 (actually SD-M) locomotives, affectionately referred to as "The Twins," have finally started to show up!  They were delayed in transit from Titan Rail due to Union Pacific requiring them to be fitted with alignment-control couplers before being allowed on the UP system.  It was a pretty long delay.

First to arrive was the 650, showing up at the Union Pacific engine servicing rack at Klamath Falls Yard.  The 700 was duly dispatched to go pick it up and escort it onto MNRR property on August 24, 2008. 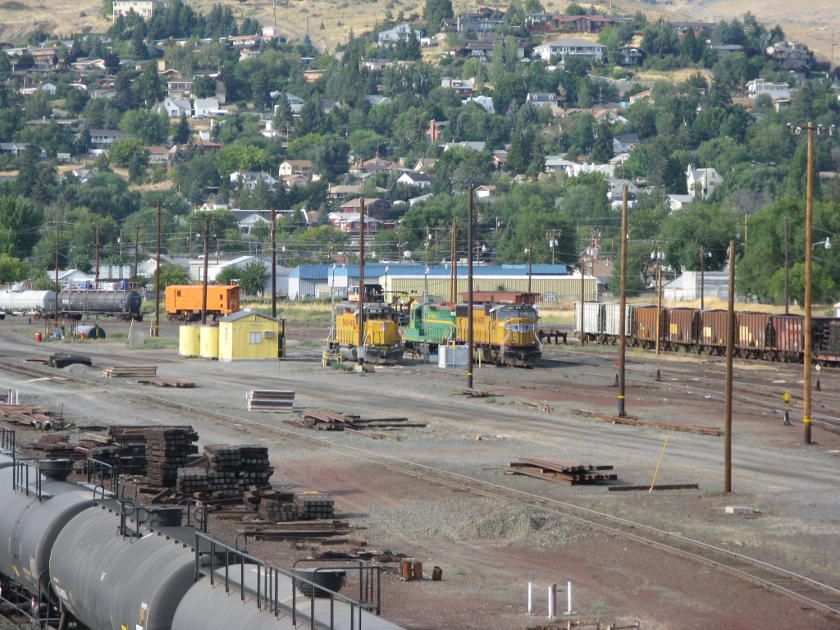 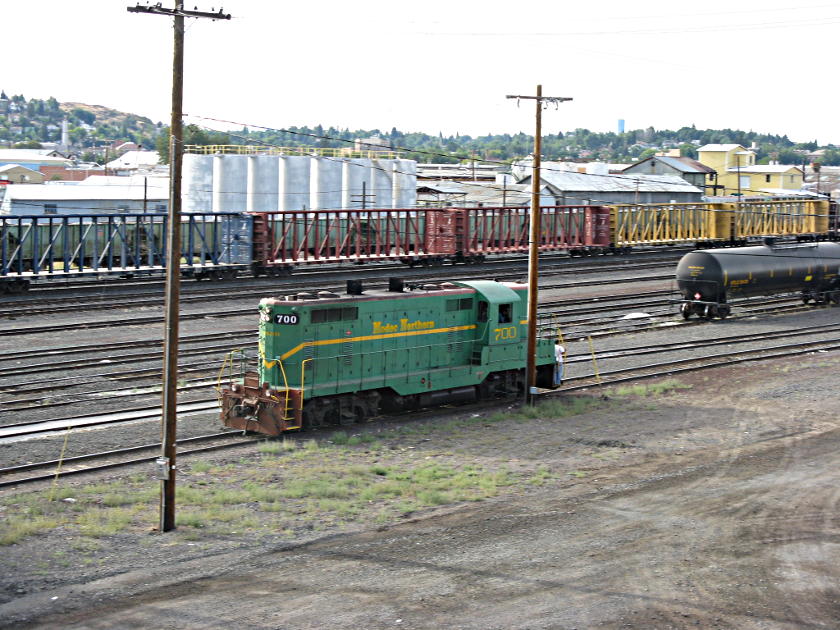 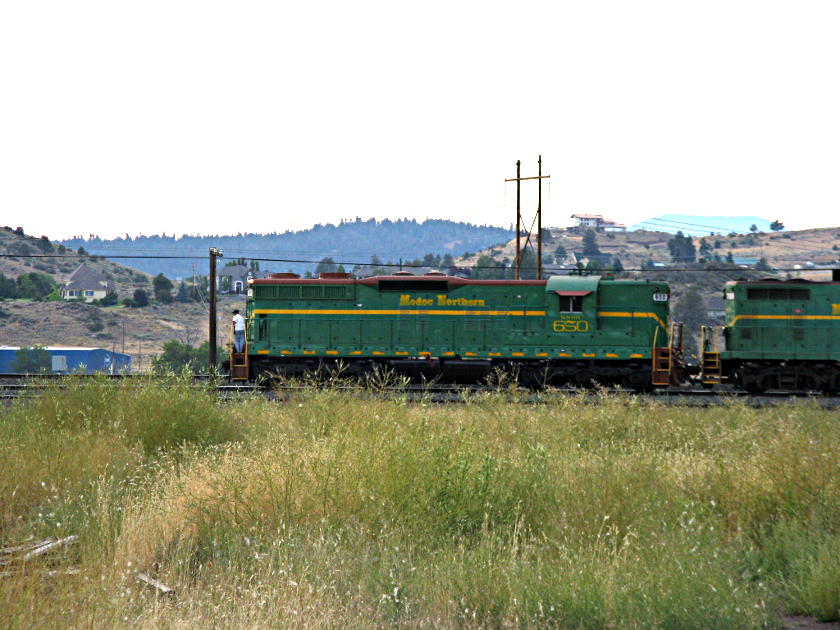 Next: In with the new, out with the old, kinda.