By this time, Don Blansett had signed an agreement with Lake County (Oregon) governing body, by which the Modoc Northern Railroad became the operating entity of the Lake County Railway between Lakeview in Oregon and Alturas in California.  I don't know how such contracts work, but apparently this also allowed MNRR to use LCRY's GP7u number 700 to help take up the slack of the 7780 being sidelined for mechanical repair.

On August 9, I caught up with the 700 while it was being used to switch at Malone, Oregon. (Map location) 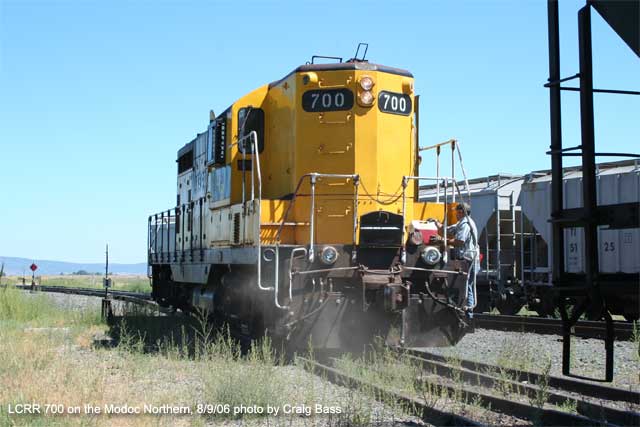 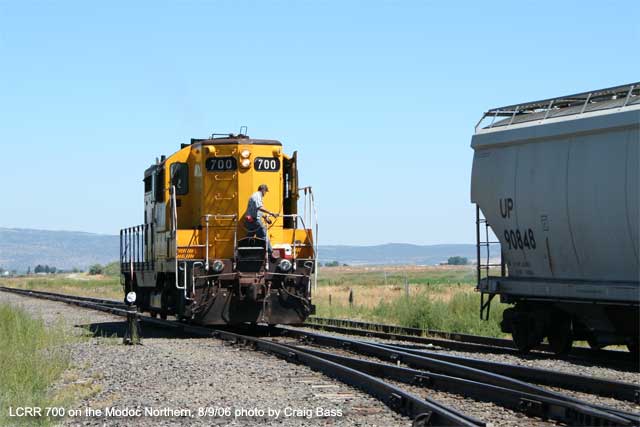 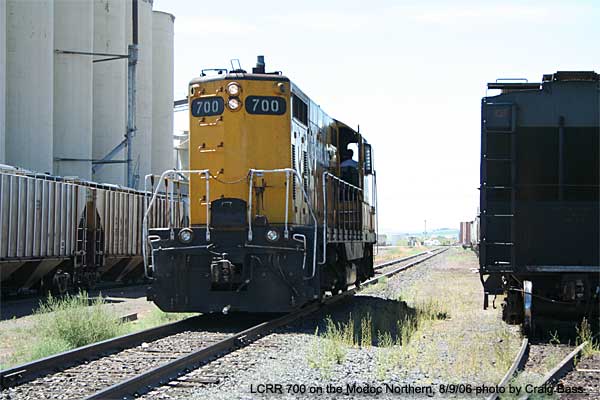 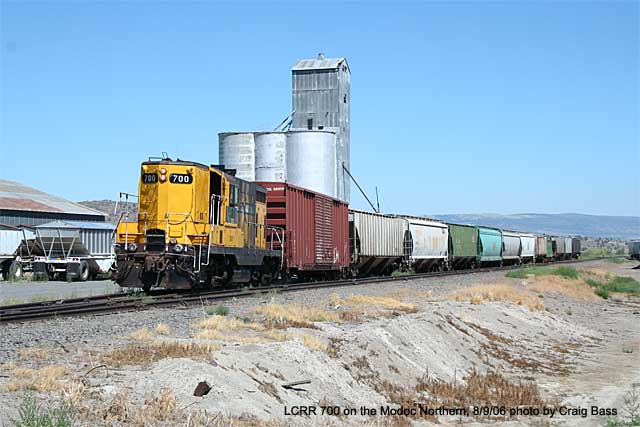 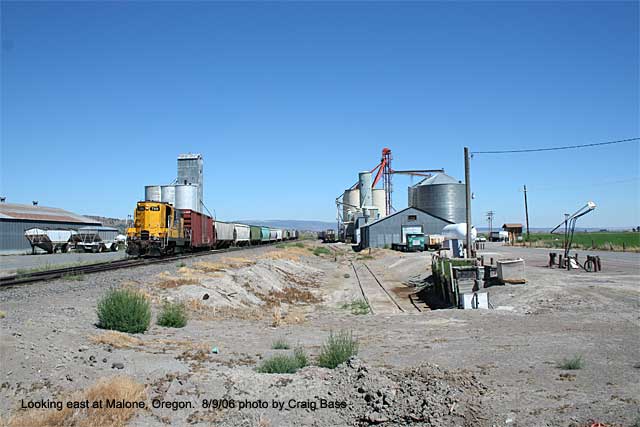 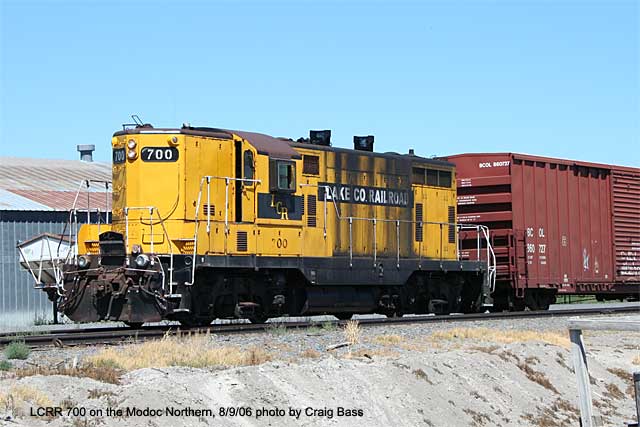 On the 14th, I saw it in the Union Pacific yard in Klamath Falls on the track that MNRR used for interchange.  Map location 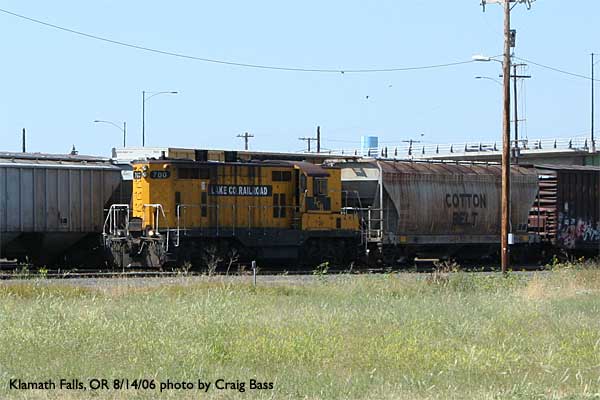