Looking for all the world like a steam powered train, I saw this one in the distance as it was passing the location of a former SP station known as Gem (approximate map location).  In the early days, a spur ran from here to the southwest to a farm where they grew and shipped Gem potatoes.  That's all long gone now.

I was able to chase the train as far as the former station location of Stukel, along Lower Klamath Highway, aka Cross Road (map location) before I had to head home. 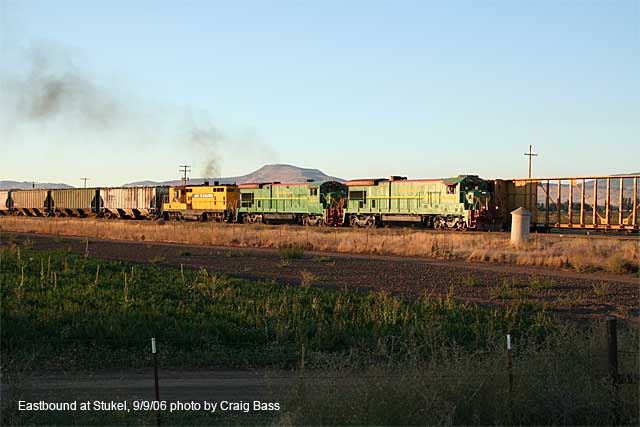 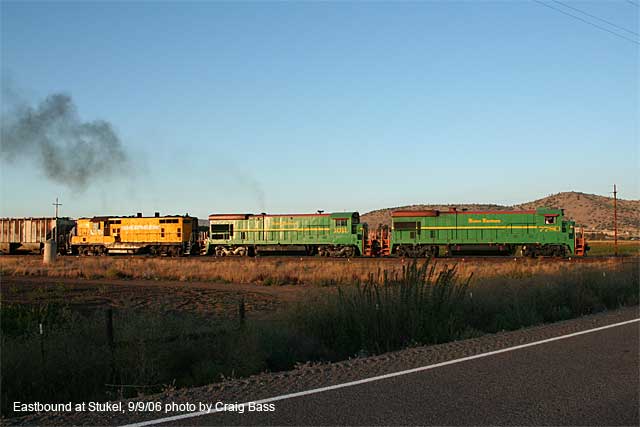 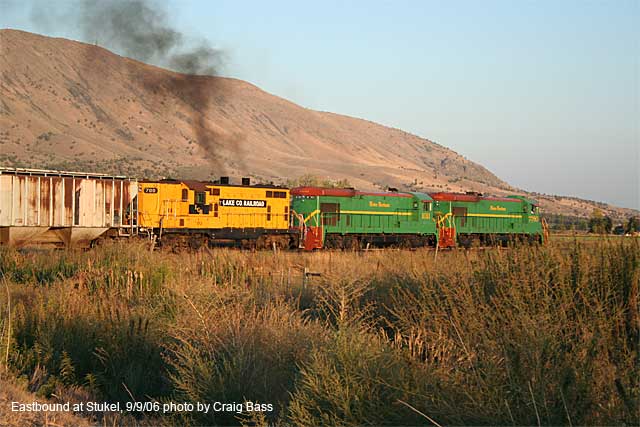 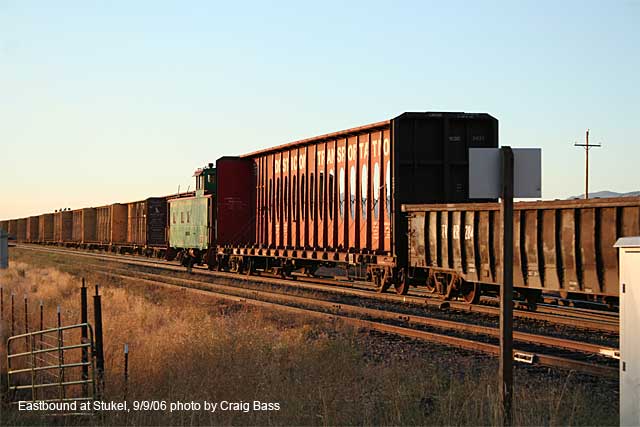 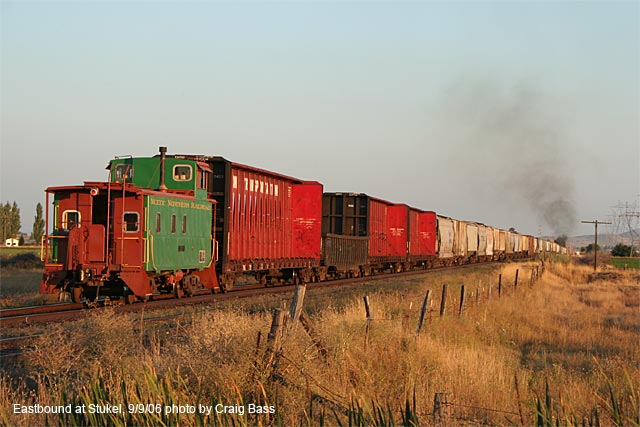 Next: From Tuber to Alturas