By now, the 1011 had a traction motor burn out which seized an axle, putting the locomotive out of service on the siding at Canby, California.  That was the last time she would ever run for the Modoc Northern.  Sitting there, over time starting to be a victim of vandalization.  First it was her 5 chime horns... 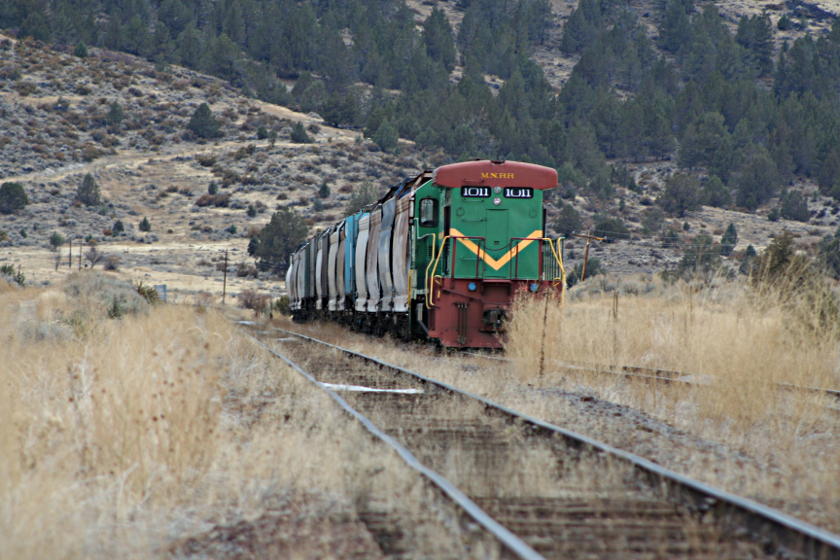 Forelorn and being used as a bumper stop, the 1011 will quietly wait for a long time before being put back into service; and then it won't be by the Modoc Northern.
Map location 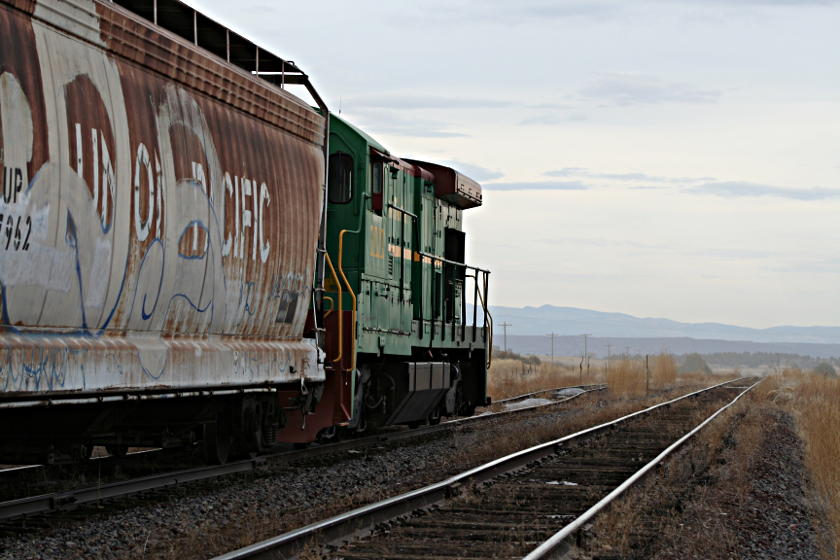 The 650 is working hard to lift a loaded train over the crest of a slight grade with a curve to boot. 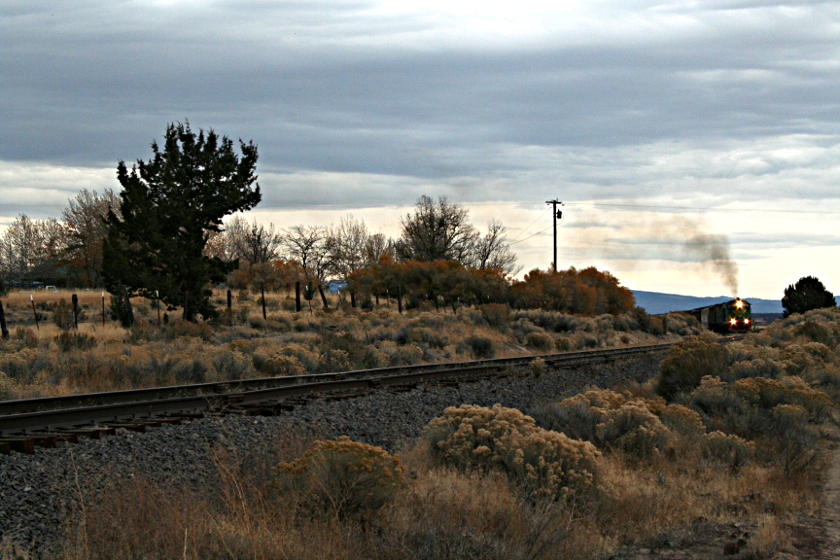 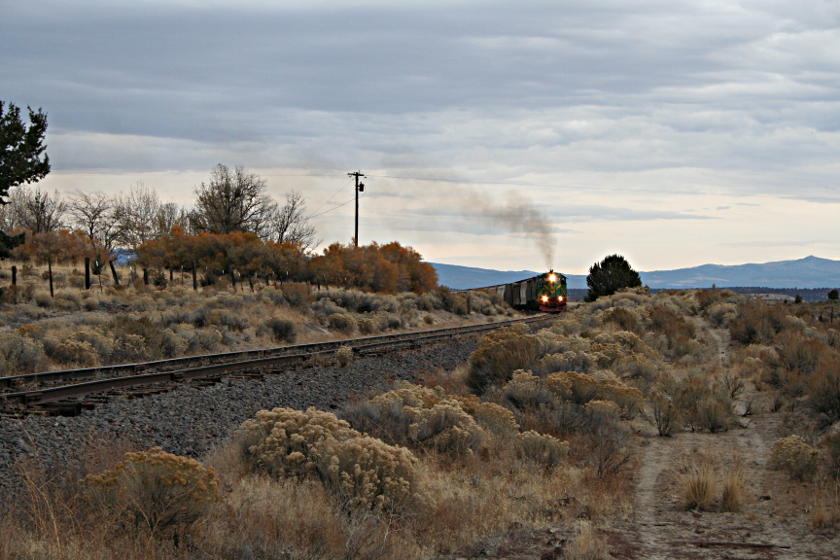 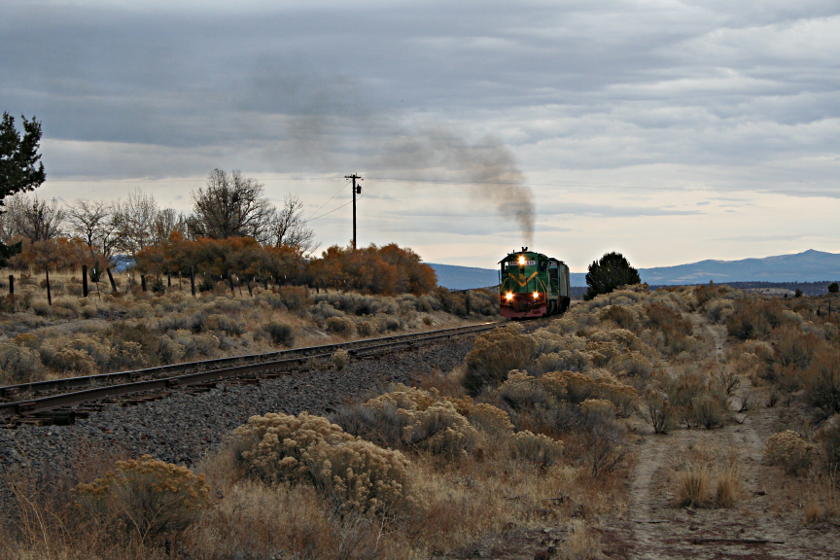 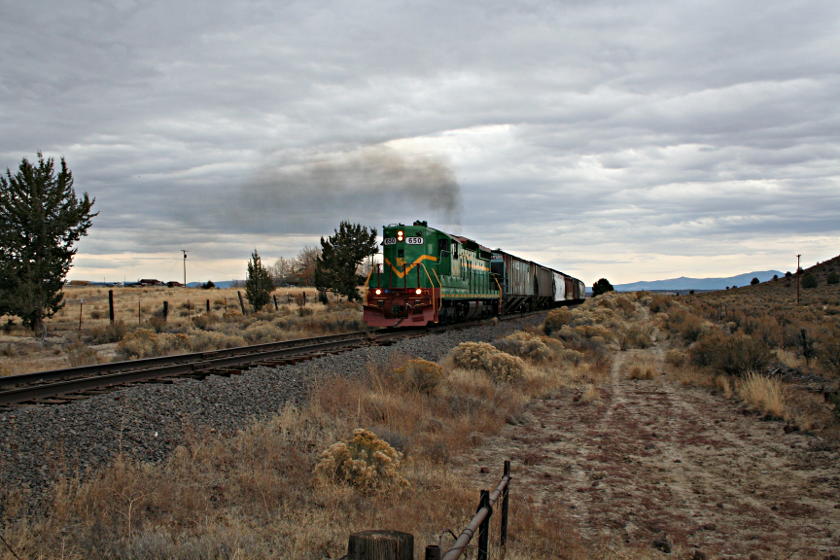 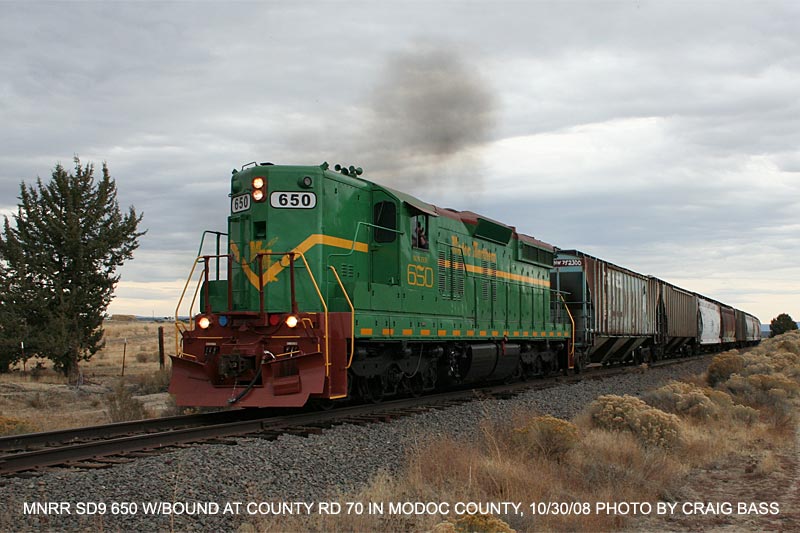 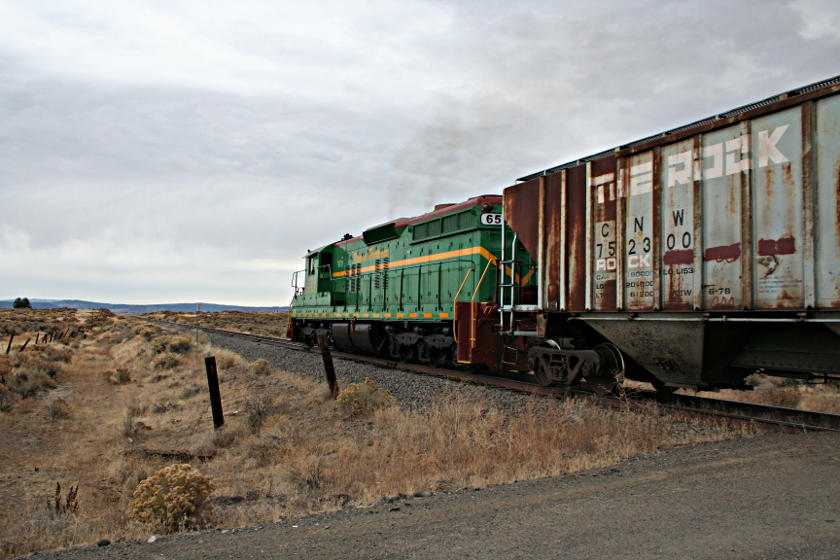 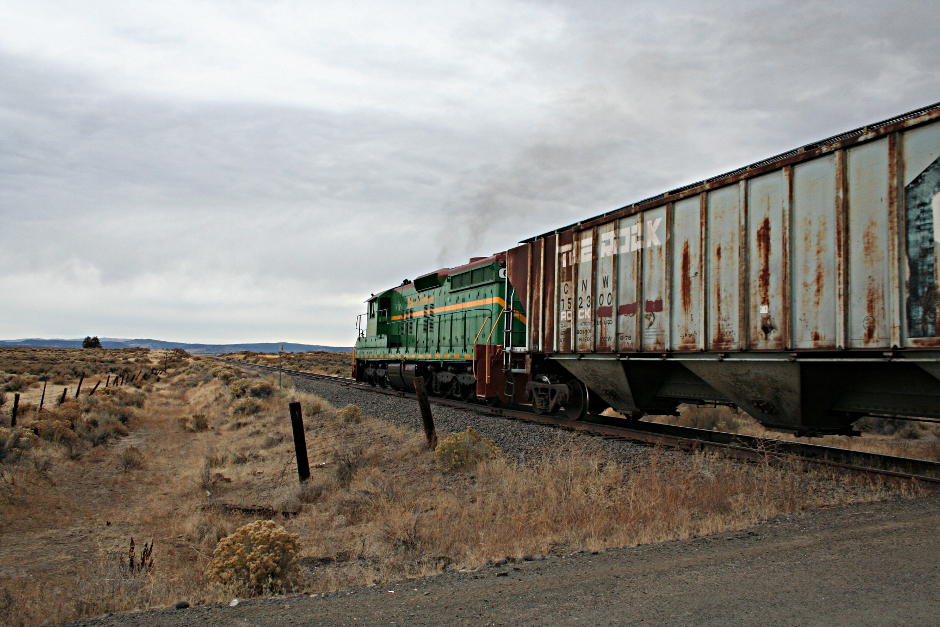 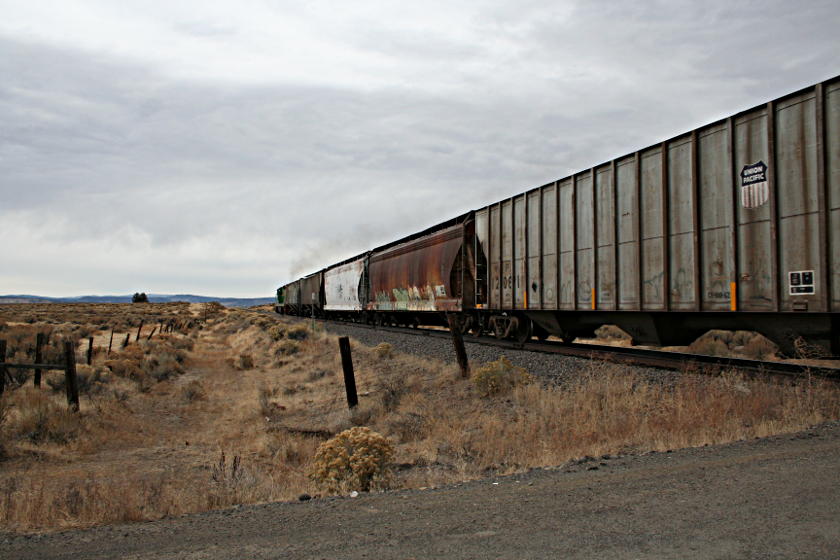 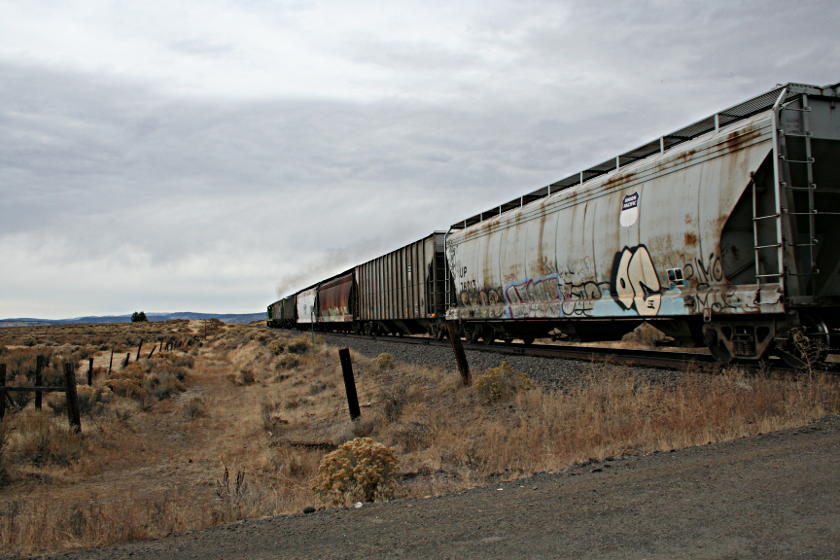 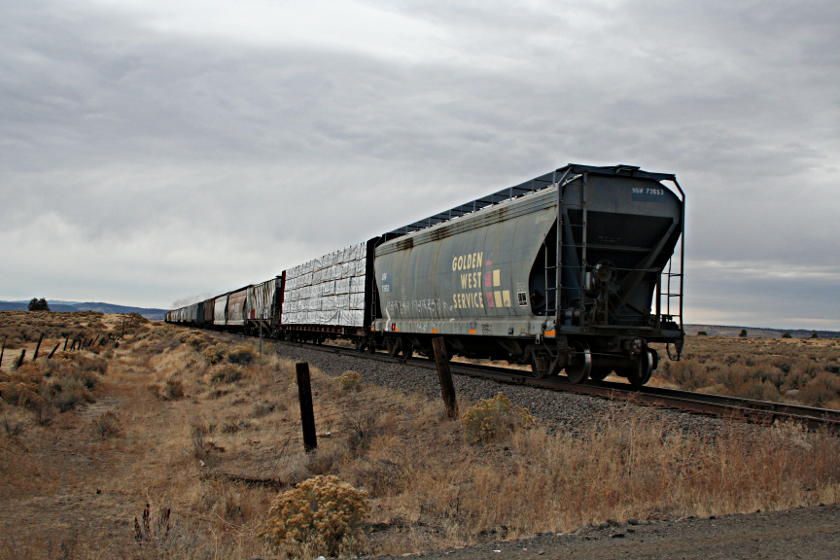 3647 quietly sits out the Thursday afternoon at the engine house.  (Map location)

Next: Flying the Jolly Roger