In 2006, Lake County government contracted with Modoc Northern Railroad for railroad operations.  Modoc Northern's lease was terminated in 2009, and was replaced by a lease to Frontier Rail, which established the Lake Railway as their operational unit.

Subsequently, Union Pacific leased operation of their tracks between Alturas and an interchange with UP at Perez, California to Lake Railway.

These photos were taken when the railroad was operated as Lake Railway by Frontier Rail. 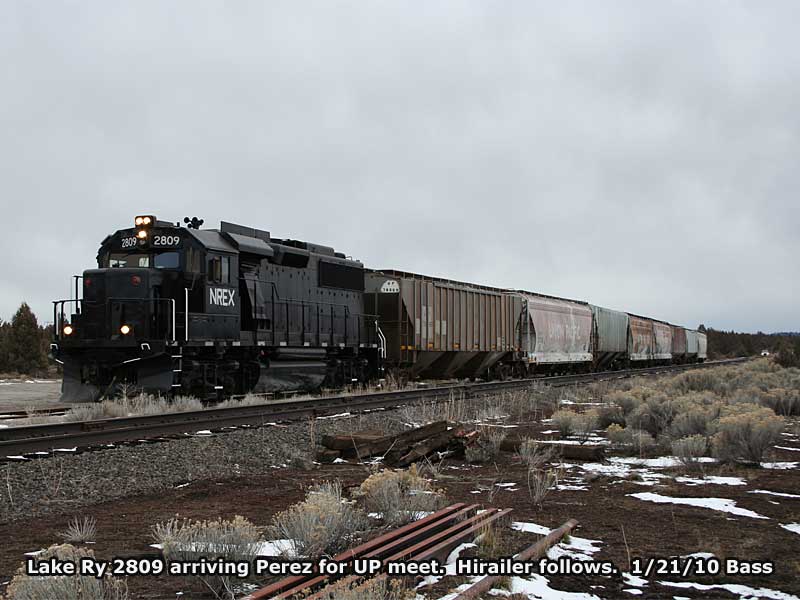 In the early days of Lake Railway, locomotive 2809 pulls a string of perlite-filled covered hoppers to the UP interchange at Perez, California, followed by the company's hirail pickup.
Map location 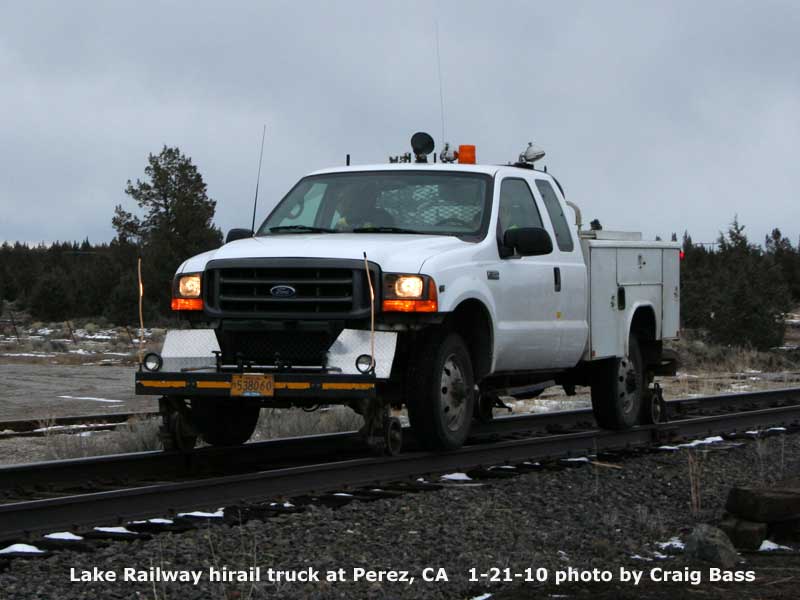 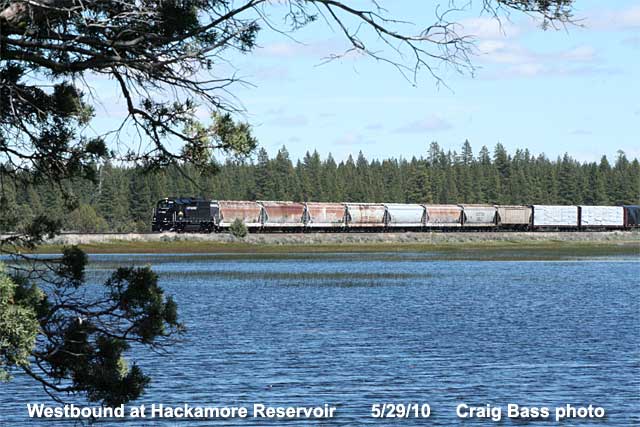 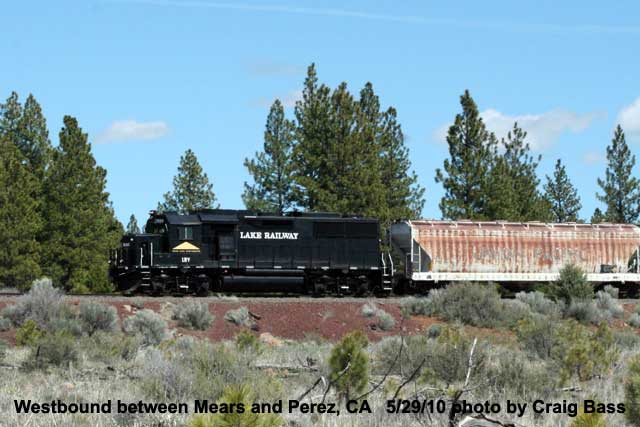 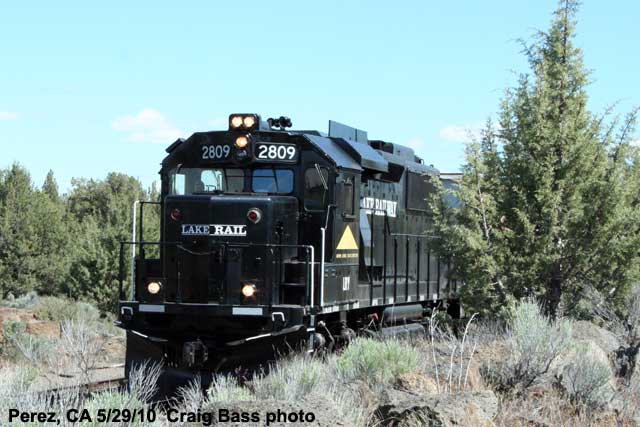 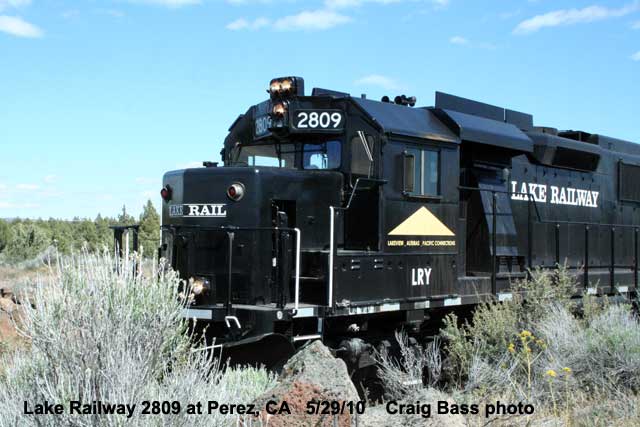 Alhough it appears that LRY 2809 is in the sagebrush, it's just an optical illusion as the brush is in the foreground! 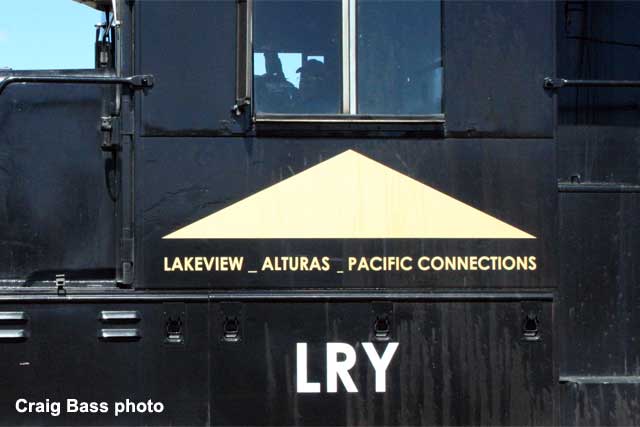 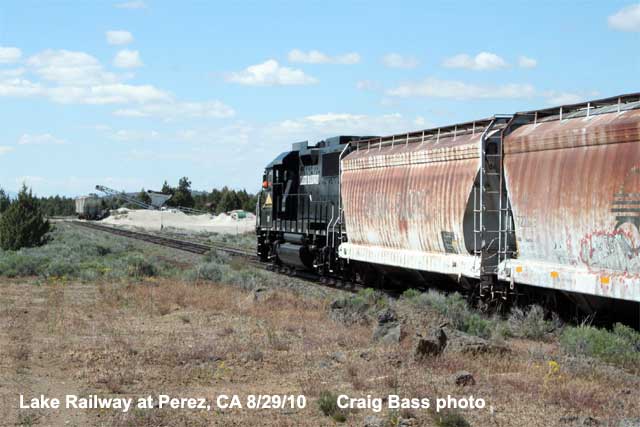 Pulling into Perez to interchange with Union Pacific

Frontier Rail and Lake County had a falling out in 2016, and by the end of 2017 the county had replaced Frontier with operations by newly-formed Goose Lake Railway, managed by Nexxt Logistics.