The railroad to Lakeview, Oregon was originally built as part of the narrow-gauge Nevada-California-Oregon Railway sometime around 1980 (history of the N-C-O is covered in many places - here's Wikipedia's article on it).

In April of 1925, Southern Pacific bought the N-C-O and over the next couple of years replaced the narrow gauge with standard gauge, and it became part of SP's Modoc Line.  The line to Lakeview became an SP branch line.  The branch was abandoned by Southern Pacific in 1985, and Lake County was able to acquire the line, which they argued was vital to the economy of the county, in 1986.

The county contracted with Great Western Railway of Colorado to operate the line. This lasted until 1997, when the county terminated the operating agreement with GWR, purchased two of their locomotives and other equipment, and ran the line themselves. 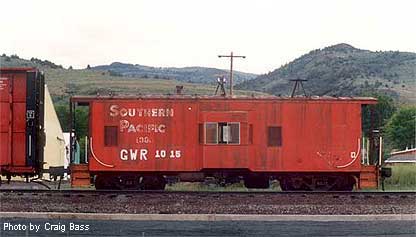 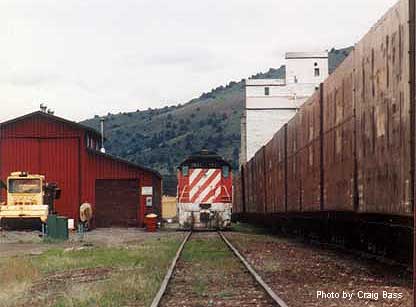 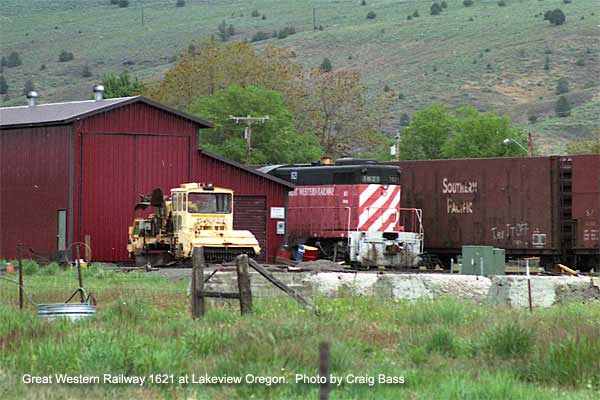 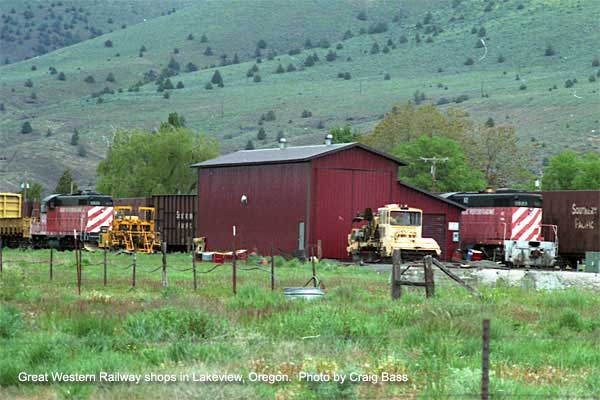 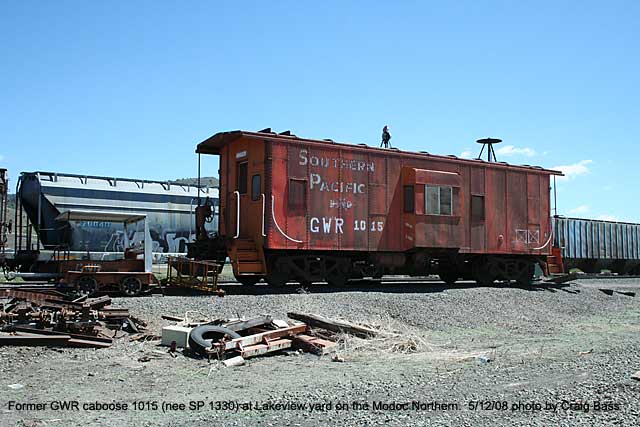 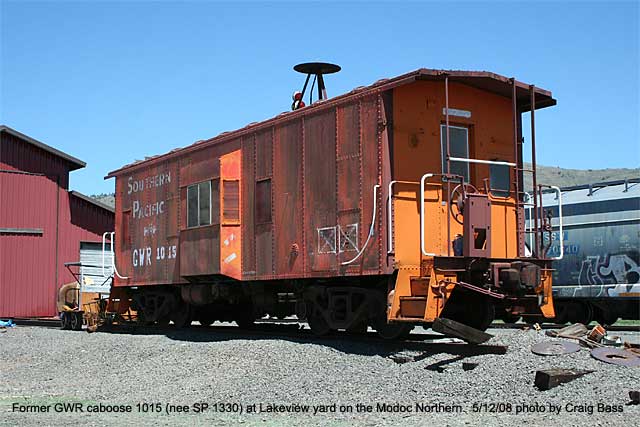 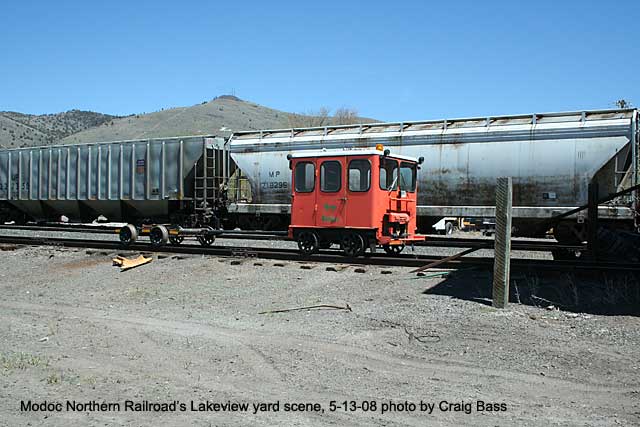 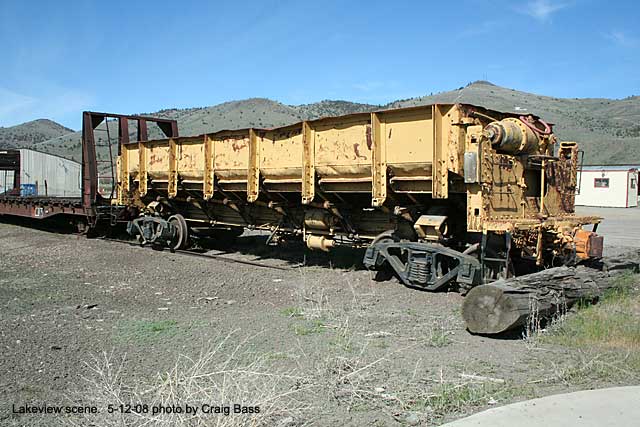 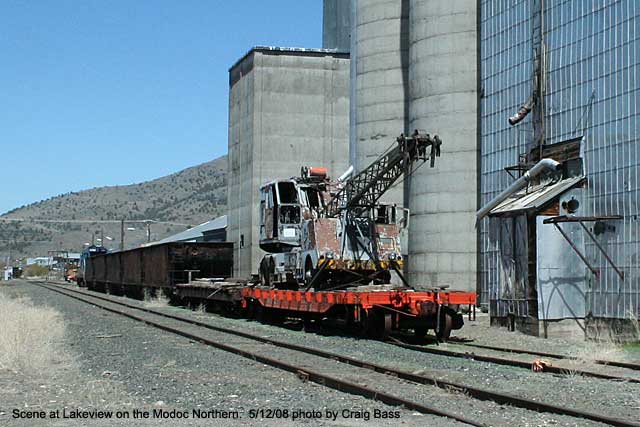 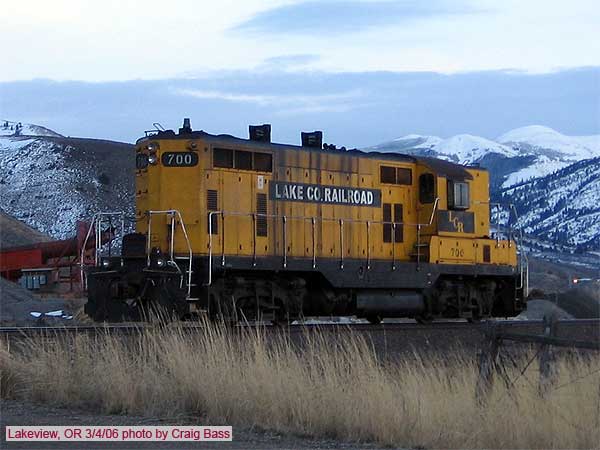 LCRR 700 at Kadrmas Road in Lakeview; by the time this photo was taken, Lake County had canceled the Great Western contract and was trying to run the railroad themselves.
Map location

At some point in 2008, after Modoc Northern Railroad had been contracted to operate the line for Lake County, the County's number 1761 was returned to owner Western Rails. It was moved from Lakeview to the Union Pacific's yard in Klamath Falls, Oregon, to be transported dead in consist to WRX in Spokane, Washington. 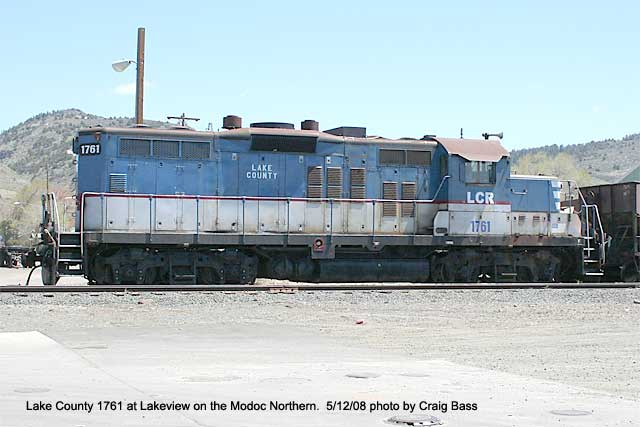 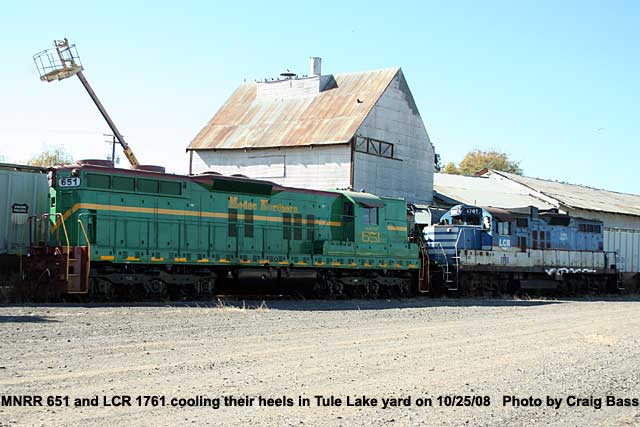 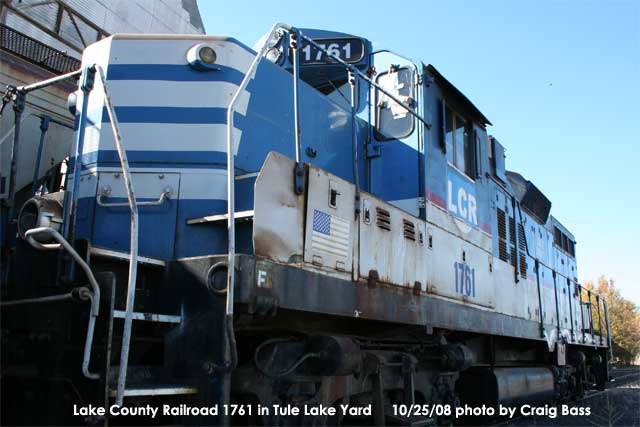 Lake County Railroad 1760 had some maintenance performed by Modoc Northern Railroad in the latter's Tule Lake Yard in Tulelake, CA before being forwarded to Union Pacific in Klamath Falls.
Map location 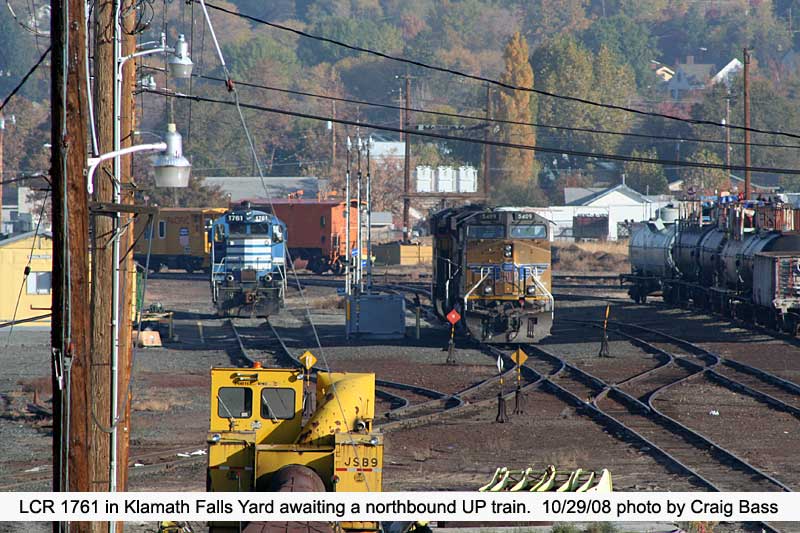 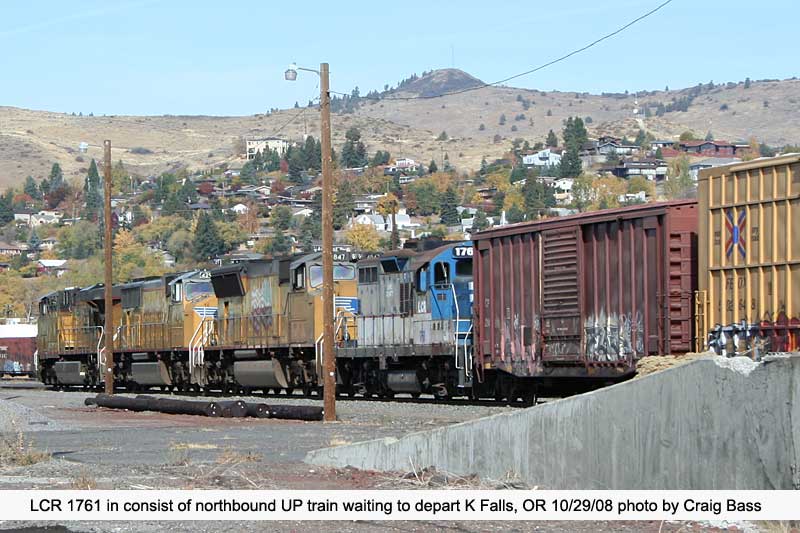 Modoc Northern's lease was terminated in 2009, and was replaced by a lease to Frontier Rail, which established the Lake Railway as their operational unit.

Frontier Rail and Lake County had a falling out in 2016, and by the end of 2017 the county had replaced Frontier with operations by newly-formed Goose Lake Railway, managed by Nexxt Logistics.