Since these photographs were for the most part taken by me in the 1970's and 1980's, it stands to reason that a lot of the map locations shown for where they were taken are markedly different today.  Tracks may have been removed, re-aligned or replaced by urban passenger lines such as MetroLink.  It might be interesting to compare locations with how they look today. 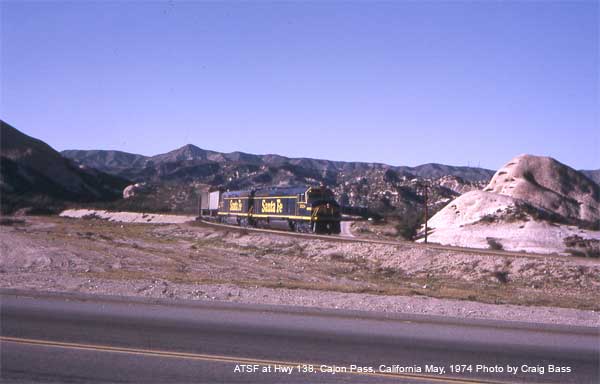 Location: Southbound train approaching grade crossing, Hwy 138, Cajon Pass in May, 1974. The grade crossing has long since been replaced by an overpass.
Map location 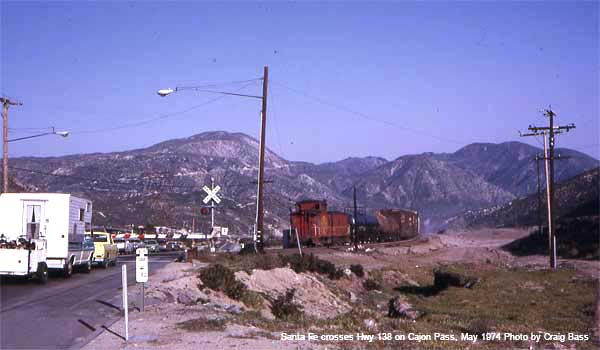 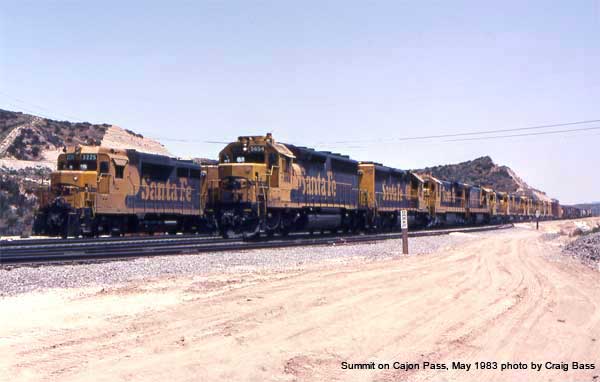 A westbound with at least 11 locomotives on the point passes another train or helpers at Summit on Cajon Pass, May,1983
Map location 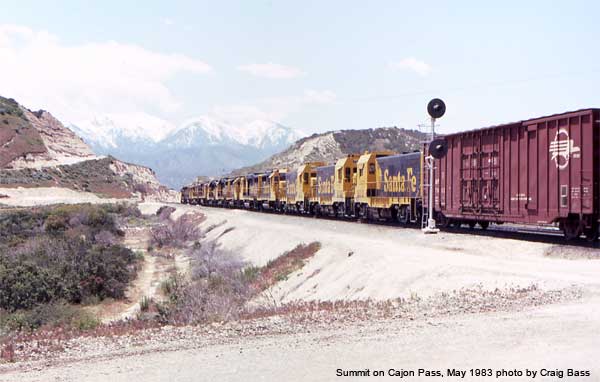 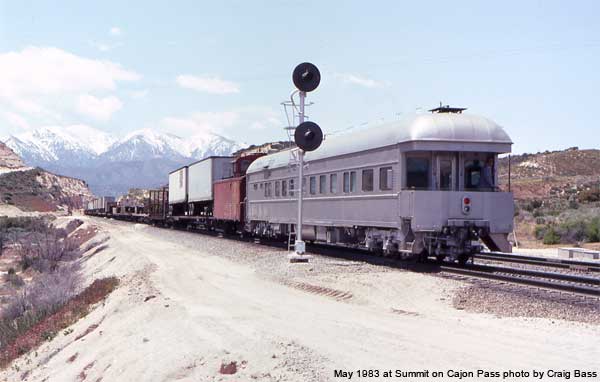 Something one doesn't see every day 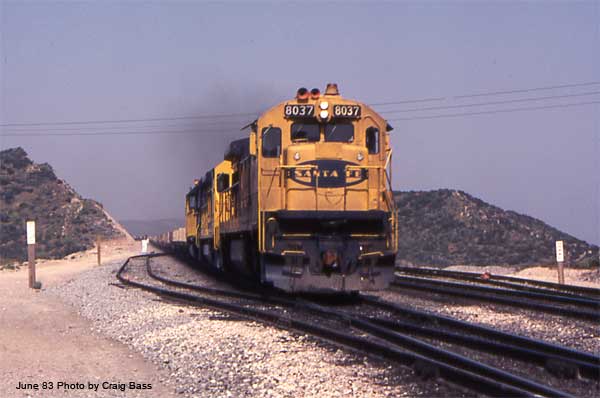 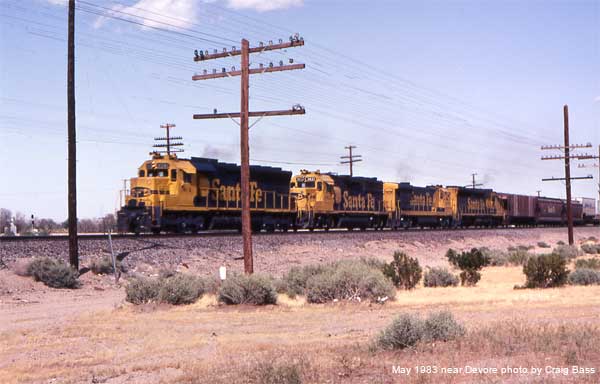 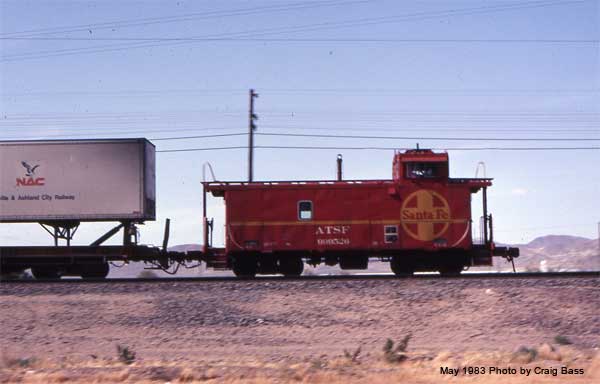 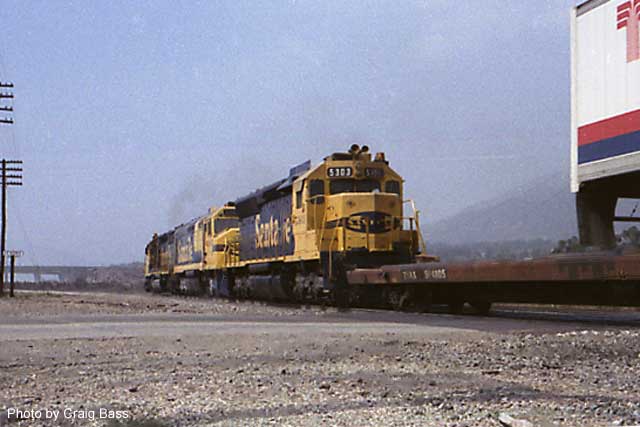 Another westbound near Devore 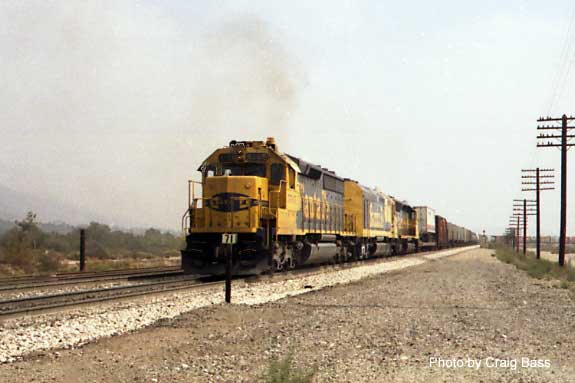 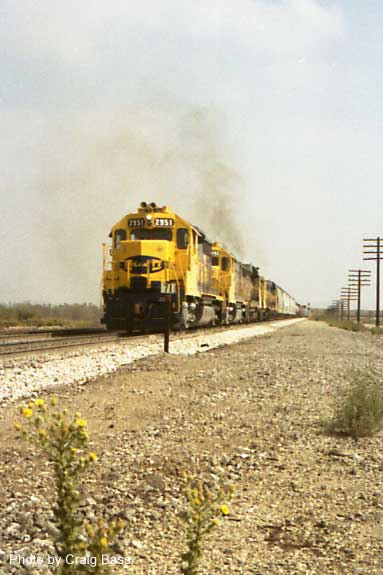 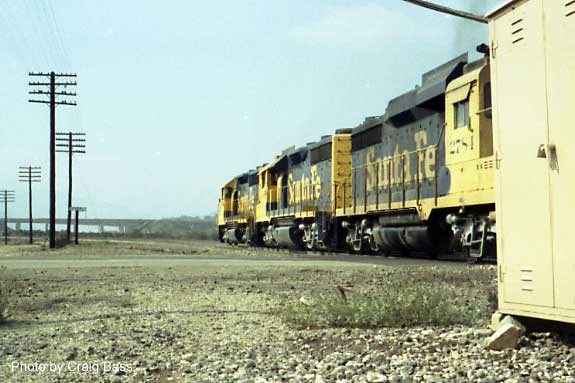 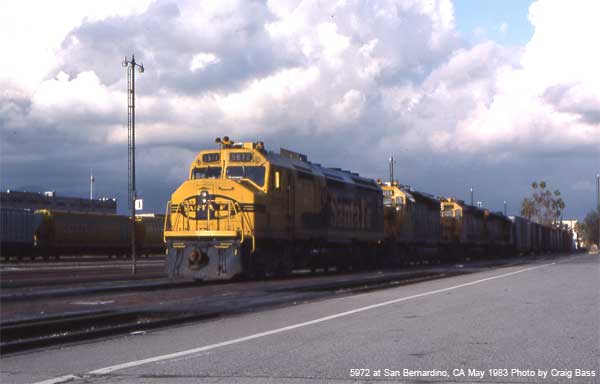 Westbound train headed by Santa Fe F45 5972 arrives in San Bernardino for a crew change in May, 1983
Map location 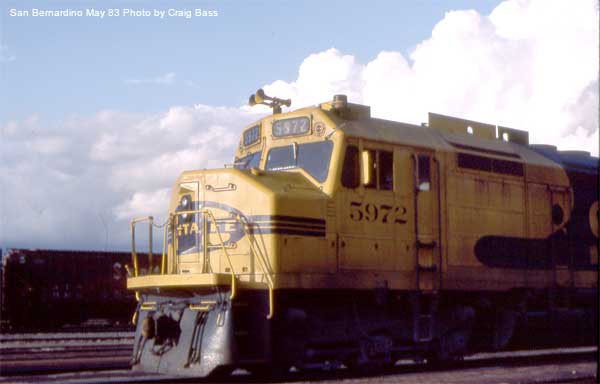 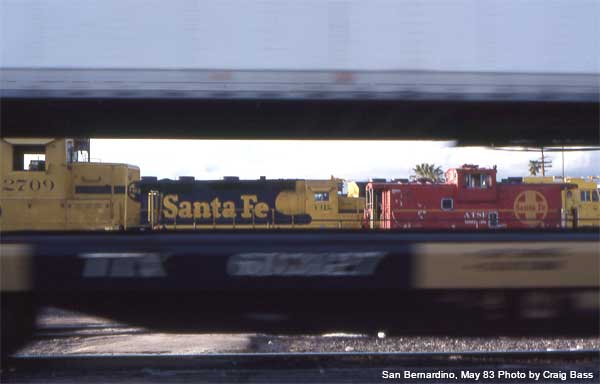 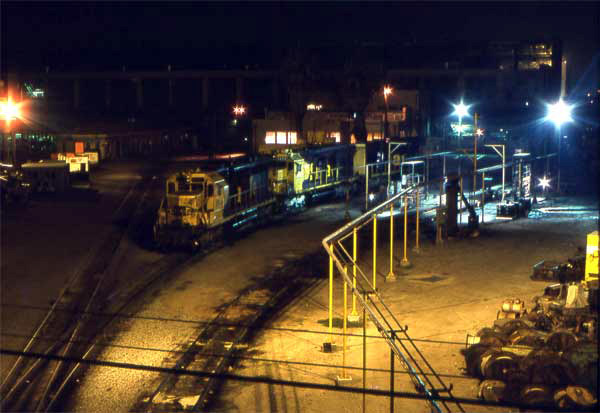 Night at the San Bernardino roundhouse in 1982.  This area has since been replaced with an intermodal yard.
Approximate map location 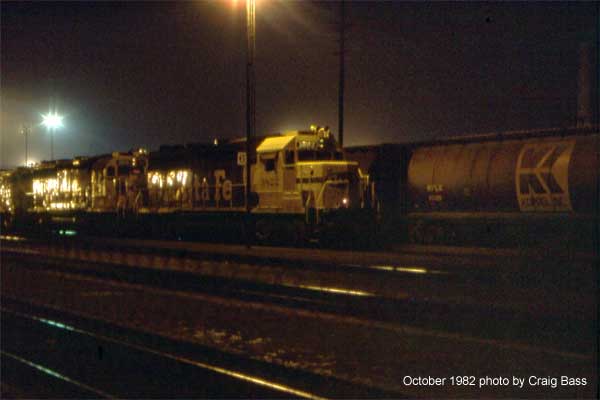 An October night in San Bernardino in 1982