Not having lived along a busy Amtrak corridor or been particularly drawn to the modern passenger train, I've not taken the opportunity to take many photos of Amtrak trains. Admittedly, back in my heavy photo-fanning days of the late 70's and 80's, passenger trains were generally only photographed if they came along while I was waiting for freight action.

Every effort was made to put the images in chronological order, but I didn't take very good notes on some. 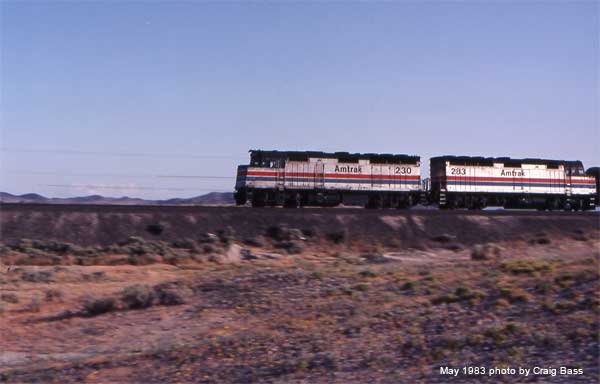 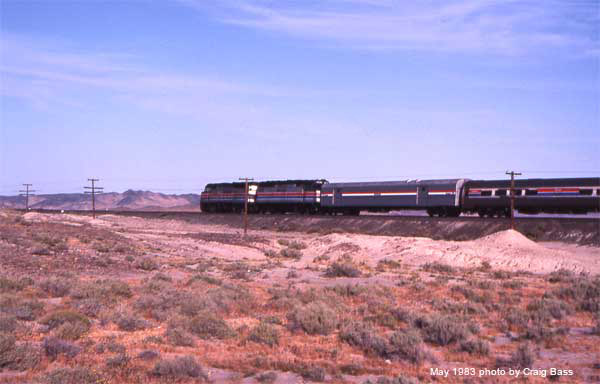 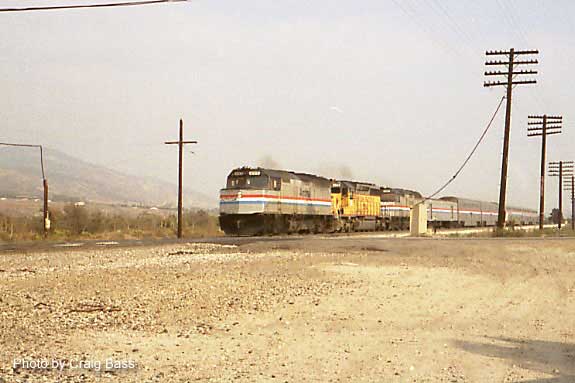 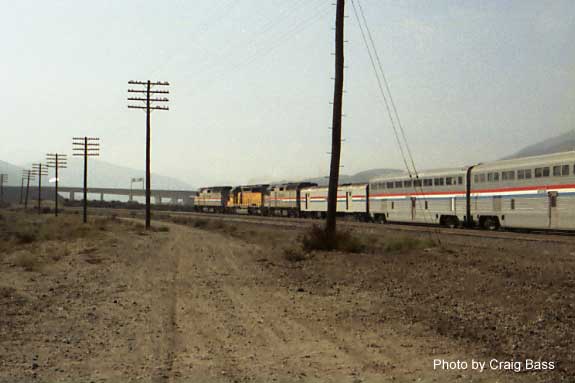 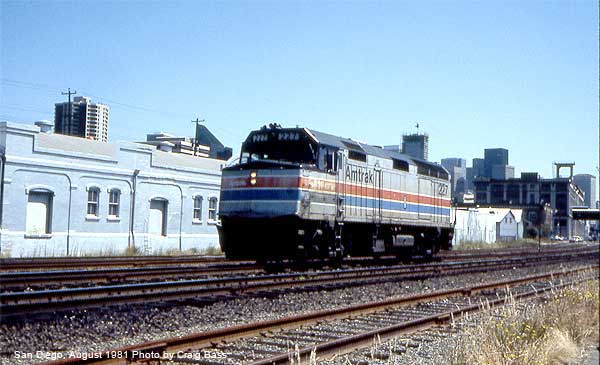 Lone F40PH 227 backs down the mainline toward the depot after turning on the Washington St. wye in San Diego in August 1981.  The wye, which led into Marine Corps Recruit Depot, no longer exists.
Map location 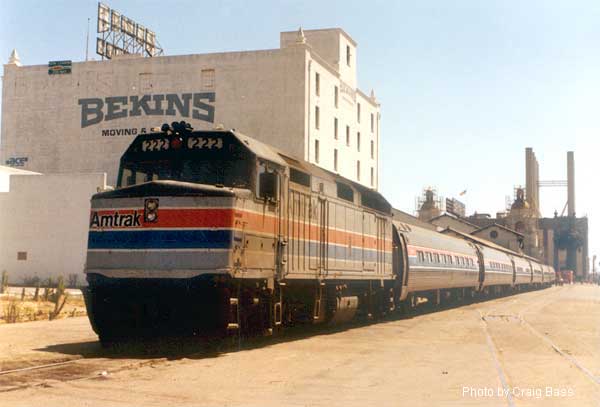 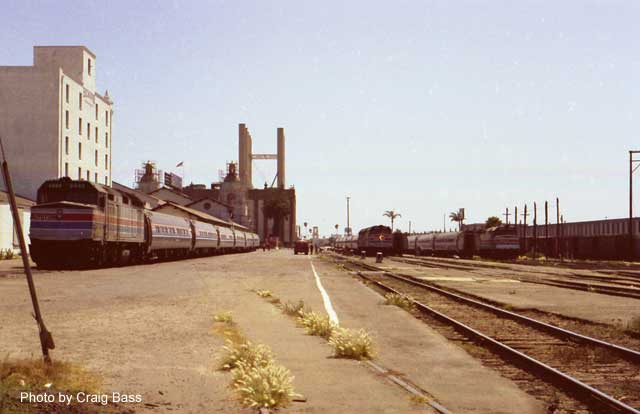 Several trains wait in San Diego for their departure times. 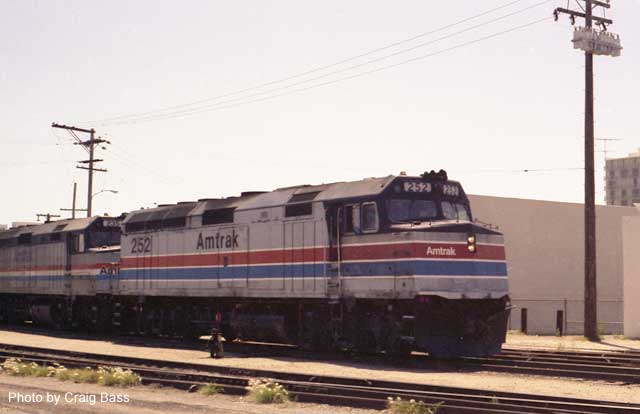 In the yard in San Diego 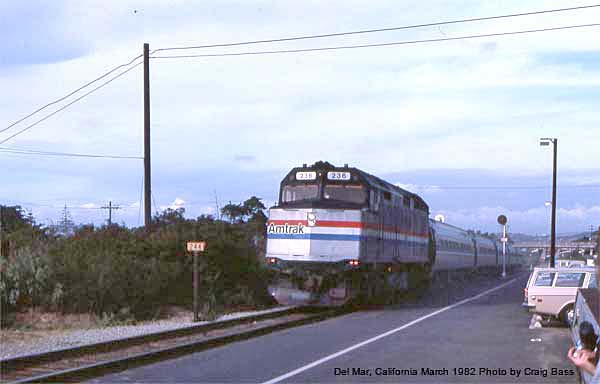 Pulling into the old station at Del Mar, this southbound San Diegan is led by F40PH #236 in March, 1982.
Map location 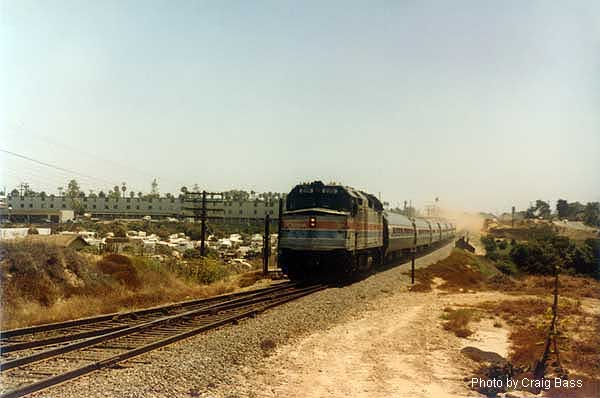 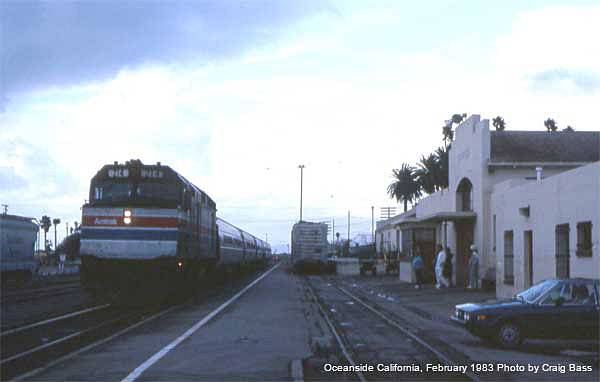 F40PH 214 with a southbound San Diegan arrives at Oceanside in February, 1983. This was before the depot was razed to construct the Oceanside Transit Terminal and the yard tracks were removed.
Map location 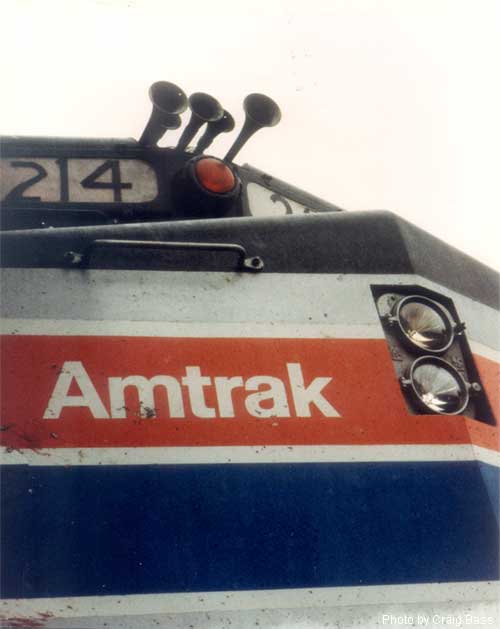 Up-angle nose shot of F40PH No. 214 at the station in Oceanside, California 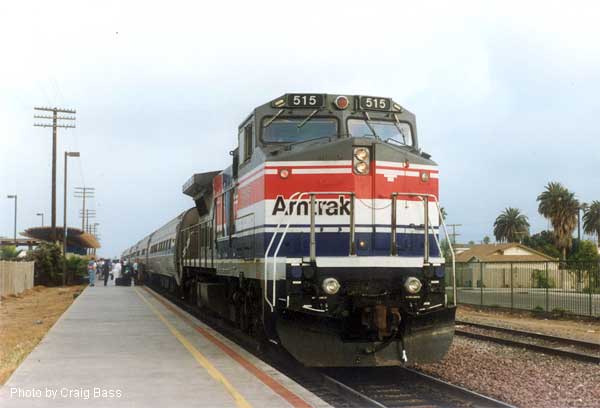 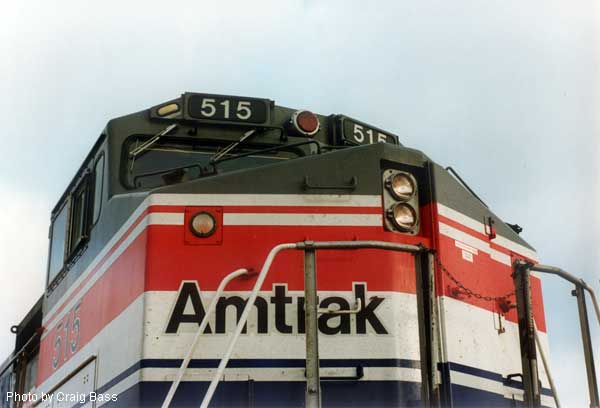 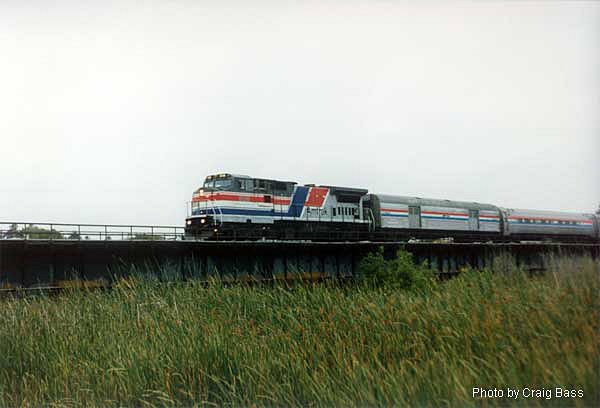 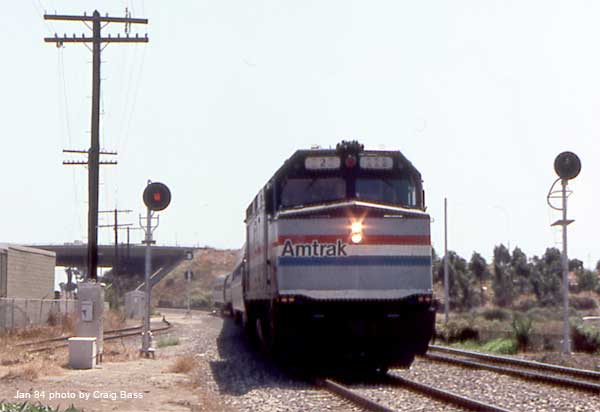 222 with a southbound San Diegan enters the passing siding at Carlsbad, CA in January, 1984
Map location 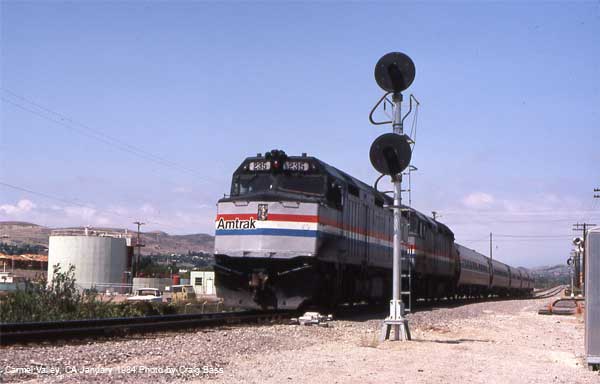 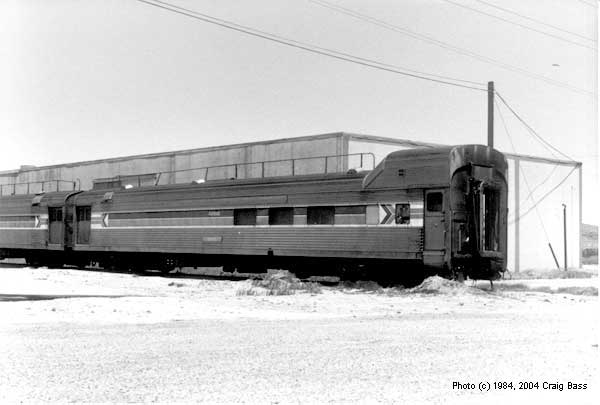 An early era Amtrak transition car sits on an industrial siding somewhere in Southern California in 1984.

Next: Amtrak in Northern California